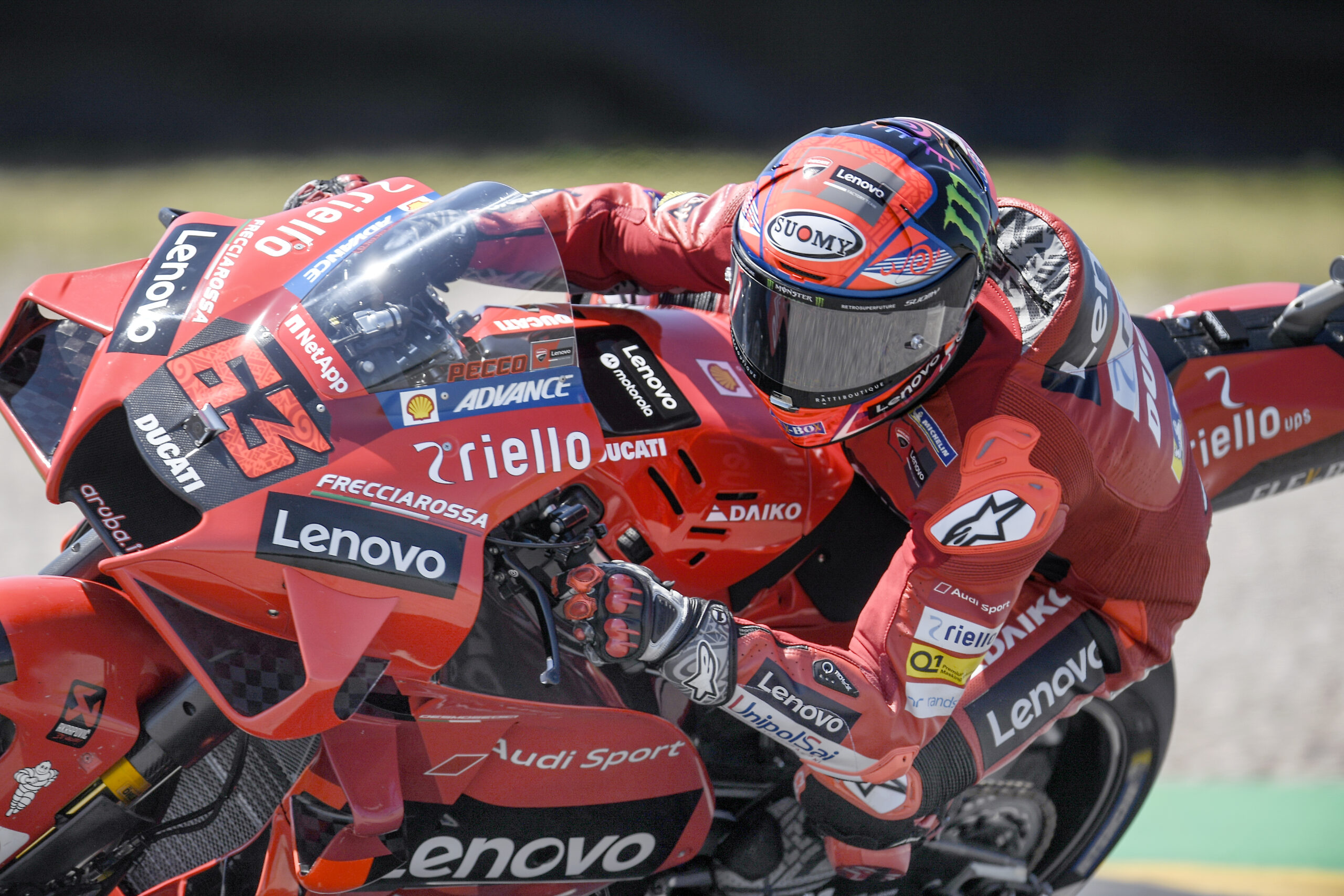 Eighth round of the 2021 MotoGP World Championship at the Sachsenring circuit.
Great comeback for Francesco Bagnaia who, starting with the tenth fastest time, after having dropped down into sixteenth place in the first laps, was able to find a good rhythm towards the second part of the race, passing many riders, crossing the line in fifth place, and he is fourth in the overall standings.

“Despite the comeback, I’m not happy with today’s result because I know I could have fought for the podium. Unfortunately, during the first few laps, I had a different feeling than the last few days and I struggled to find my rhythm. However, in the second half of the race, I felt more comfortable, and I started to push. I managed the tyres well and was consistent right to the end, moving up to fifth place. Now we have to stay focused as in a few days we’ll be in Assen for another race weekend.”

Enea Bastianini finished the race in 16th position at Sachsenring, just one position outside of the points.

“I am not happy with my race because unfortunately I had some problems that made me lose a lot of time and we will try to understand why. At some points of the circuit, I was fast and I was able to make a little bit of a difference, but it wasn’t enough. Overall, it was a difficult weekend. We leave here with experience because we did a lot of laps with left-hand turns, and I think it will help for the future. I’m sure we’ll do better at Assen.”

Good race for Nicolò Bulega that narrowly missed on a top ten and for the second time this season scores points, finishing eleventh.

“We haven’t done so bad and at least we confirmed our championship situation. It was a challenging race but the body responded well so I’m happy. We have been improving throughout the weekend and this is a good turnaround compared to previous races. Now we need to keep working this way at Assen.“

Romano Fenati cut the finish line in thirteenth position, ending a very hard and difficult race, in which he realized the seventh faster lap in race.

Romano Fenati: “The outcome of the race does not represent what we expected for sure, indeed we had some issues at the start with the clutch. furthermore staying in the group was quite difficult, because we had too long a gear box. Anyway I’ve been lucky, because twice I almost crashed. The last one was pretty scary, because a pilot crash, while I was in the final phase of the braking ! The his bike touched me and I went outside in the gravel. “

Next Round: Motul TT Assen, The Netherlands, 27 June

Click the button below to find out all the images of the #SuomyCrew during the weekend at Sachsenring circuit.