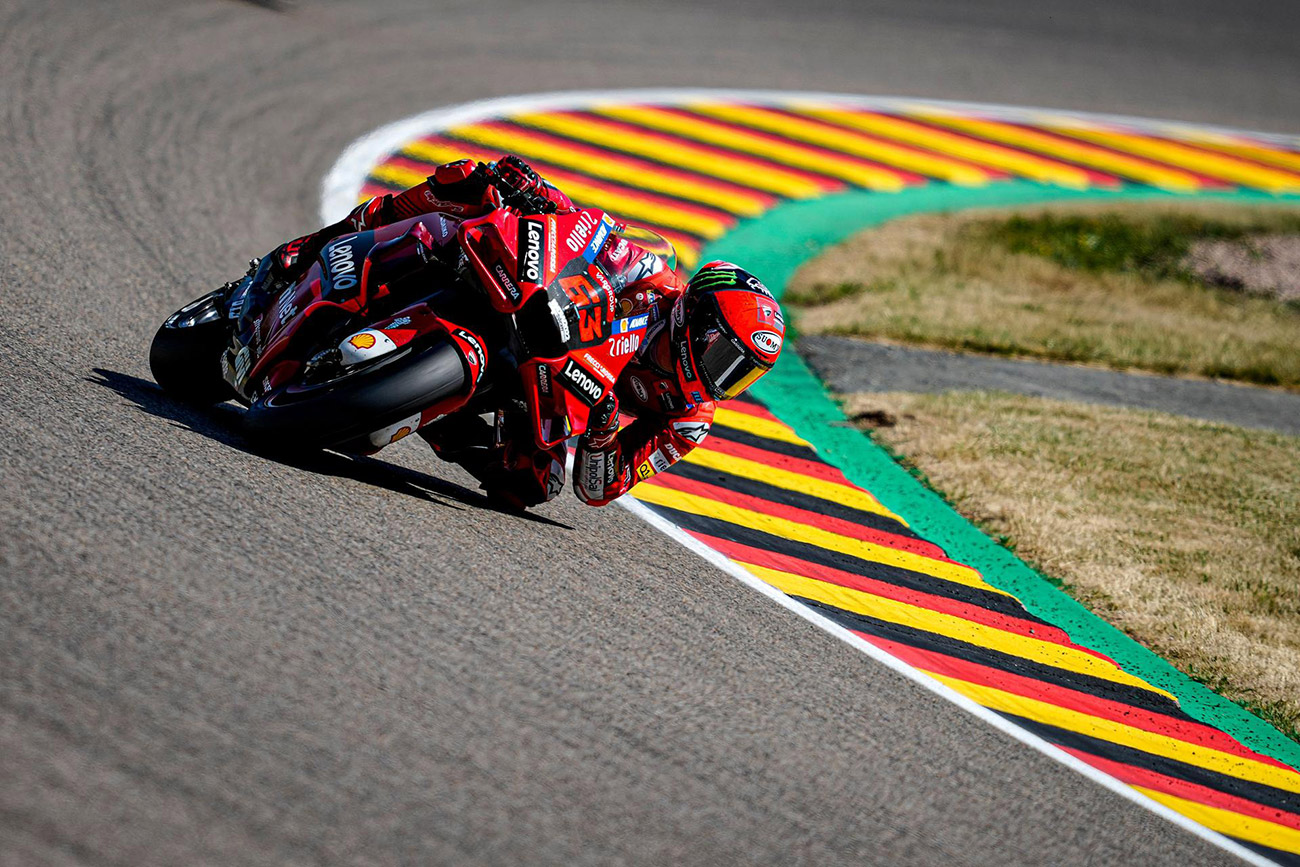 A race to forget for Pecco Bagnaia at the Sachsenring Circuit, in Germany, where our Suomy rider is forced to retire after a crash on the third lap.

Pecco is in second position behind Quartararo, when he suddenly loses grip with the rear tire and slips, ending his race.

Fresh from an extraordinary qualifying Saturday in which he obtained a time record that allowed him to start from the pole position on Sunday, Pecco says he is even more disappointed with the missed result.

Pecco now occupies the sixth place in the general classification of the MotoGP 2022 and the fall of the German Grand Prix weighs a lot on the World Championship, but our Suomy rider is already focused on the next race to be held on June 26 in Assen, in the Netherlands

“It was a really strange crash, and both the data and my feelings don’t give a clear explanation about what happened. For sure, there was some mistake from my side, but I had been very smooth in acceleration on that lap, so I find it strange to have lost the rear like that. After such a perfect weekend, I’m even more disappointed about this crash.”
Francesco Bagnaia – NC

Next round:
Grand Prix of the Netherlands
25 June- 26 June

Click the button below to find out all the images of the #SuomyCrew during the weekend at Sachsenring.