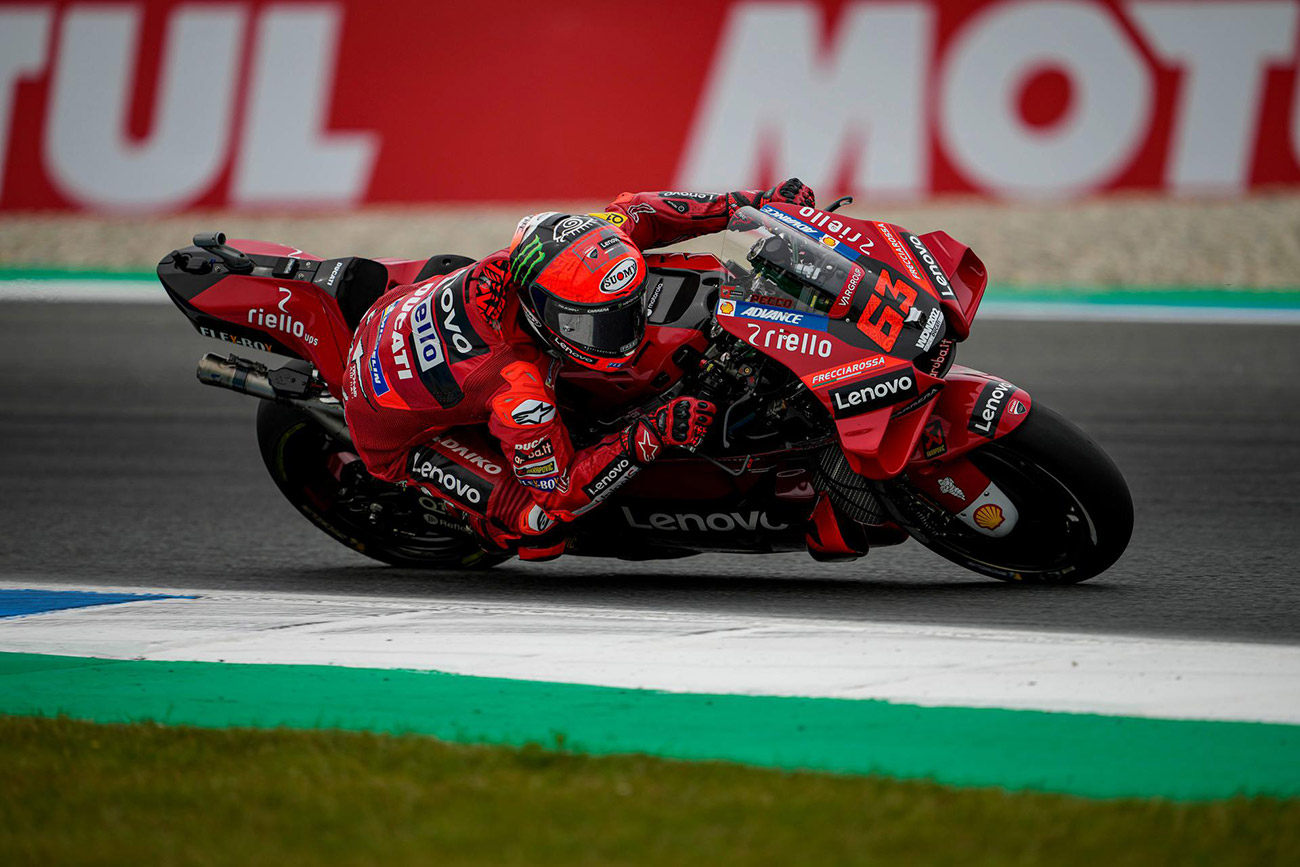 Suomy SR-GP conquers its third win of the 2022 season in the premier class of the World Championship thanks to a flawless performance by Pecco Bagnaia at the Circuit of Assen, Netherlands.

Our Suomy rider, who started from the pole position, was the author of a masterpiece race, remaining in the lead from the first to the last lap and closing the Assen GP before his compatriot Marco Bezzecchi.

For Pecco Assen was an important race that allowed him to take revenge after two heavy knockouts in Barcelona and Germany and to get back to fourth position in the general classification.

The first part of the Championship therefore ends with this amazing victory by Pecco Bagnaia, who is determined to get back on track even stronger than before in August after the summer break.

“I really had fun this weekend, especially today in the race. It was a special race, and this result gives us the right motivation before we start the summer break. The last time Ducati won at Assen was in 2008 with Stoner, so it’s nice to know that we have taken the Desmosedici GP to victory again at this circuit after such a long time. I’m also happy for Marco Bezzecchi, a friend of mine and an Academy rider, and it’s nice to have been able to share the podium with him. Now we will try to relax and come back even stronger on track in August.”
Francesco Bagnaia – 1st

Next round:
Grand Prix of Great Britain
6 Aug- 7 Aug

Click the button below to find out all the images of the #SuomyCrew during the weekend at Assen.