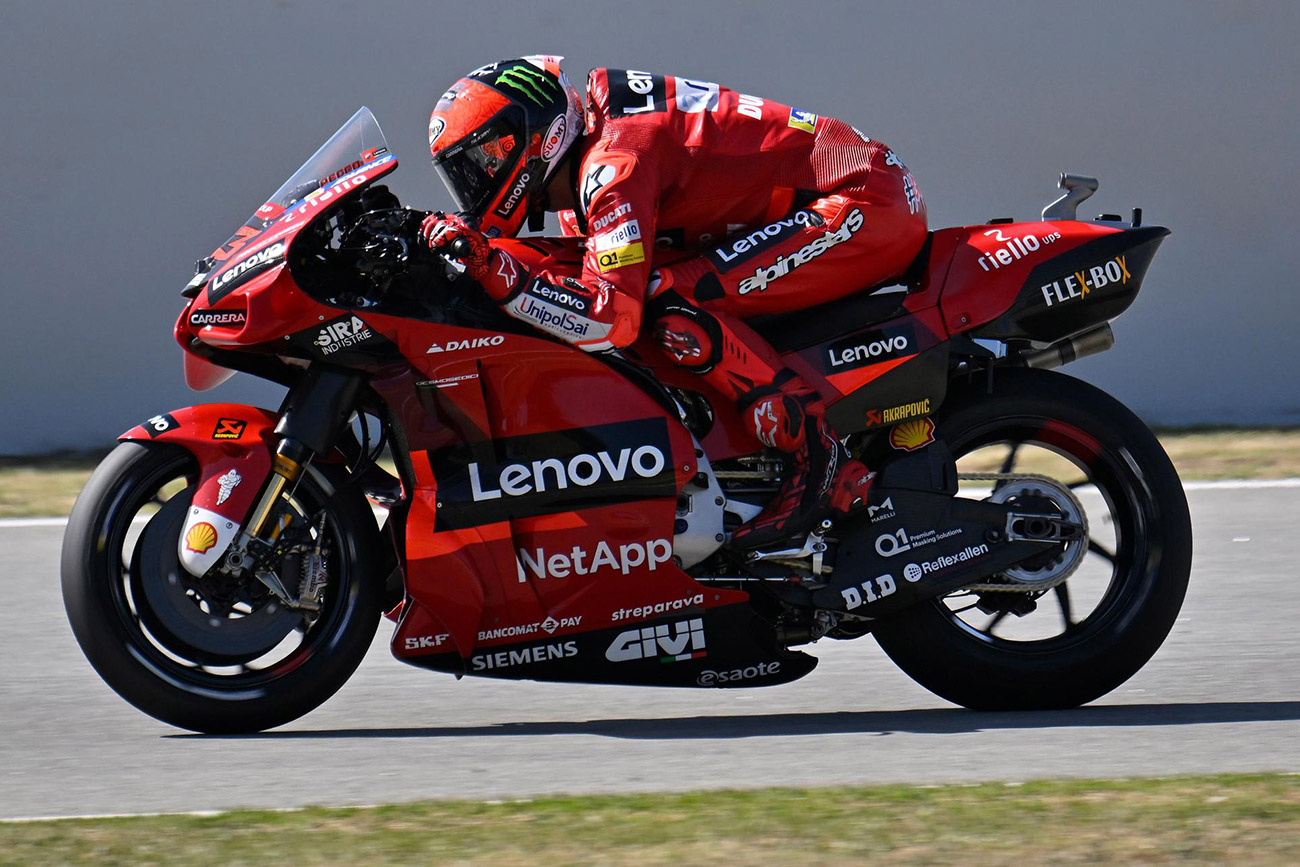 It could be said that the ninth round of the 2022 MotoGP season at the Montmeló circuit in Catalonia has not even begun for our Suomy rider Pecco Bagnaia.

Unfortunately, after an exceptional qualifying session that saw Pecco conquer the second place on the starting grid, Sunday’s race was definitely an unlucky one. The Italian rider was in fact forced to retire after being involved in an accident at the first corner. Pecco was in third place when the Japanese rider Nakagami crashed hitting the rear tire of his bike and dragging him to the ground along with Rins.

Pecco does not hide his bitterness and his sorrow for a race that was over even before being disputed, but he declares himself even more determined to do well in the next rounds. In particular, he is concentrating on the next race at the Sachsenring circuit in Germany, which will be crucial to obtain points and reduce the gap from the championship leader Fabio Quartararo.

“First of all, I’m happy to hear that Nakagami is OK after the nasty crash. In my opinion, he went a little overboard, considering it was the first corner of the first lap, and he had already made up several positions. These are races, and I don’t have much to add. Now, we have to work heads down and stay focused for the next races. We can do well in the upcoming Grands Prix and make up some points. It won’t be easy given the consistency of Quartararo. Still, even last year, we had a significant disadvantage, and we managed to finish the season 26 points behind him, so everything is still open.”
Francesco Bagnaia – NC

Next round:
Grand Prix of Germany
18 June- 19 June

Click the button below to find out all the images of the #SuomyCrew during the weekend at Montmeló.