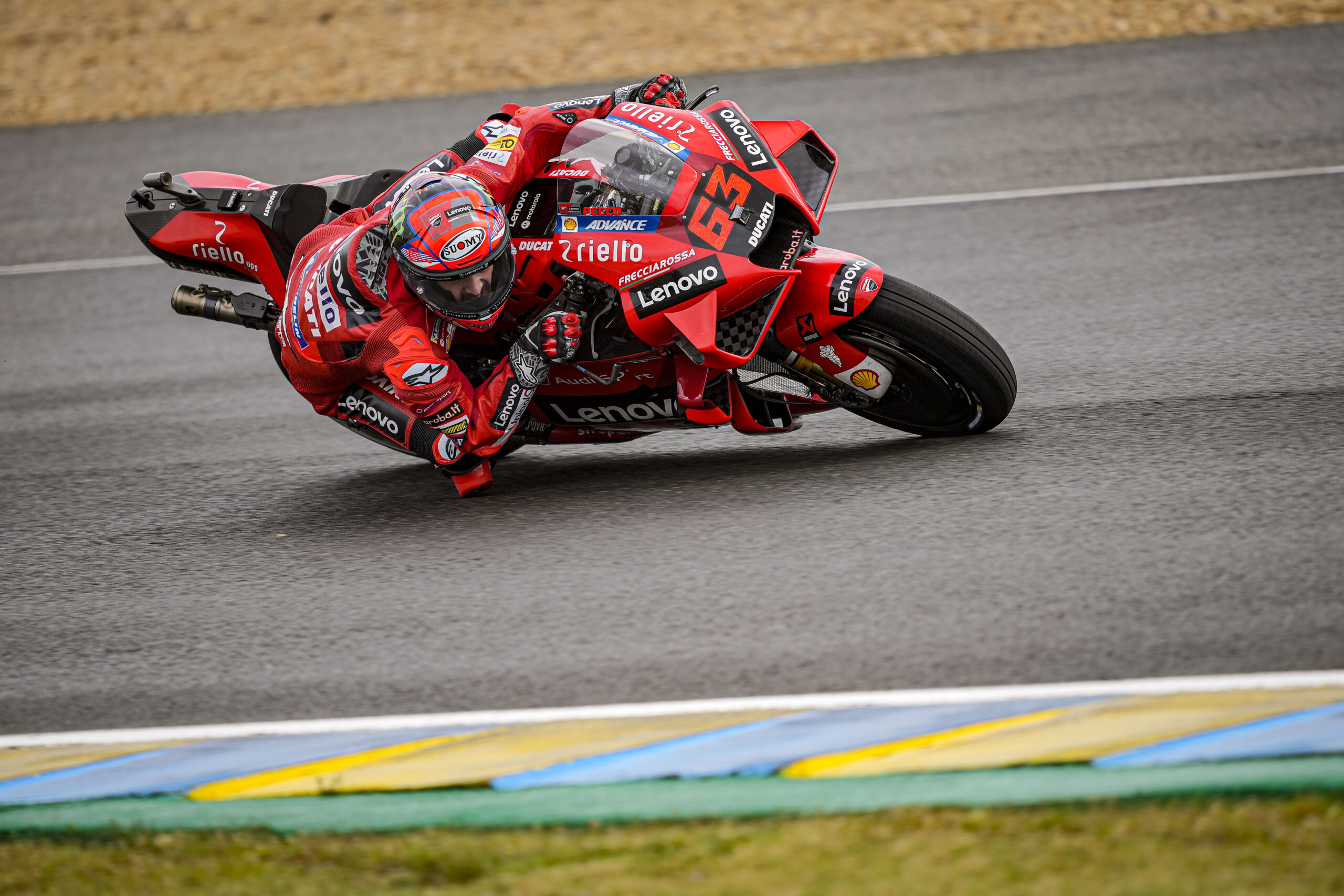 Skill, tenacity and proactive attitude are qualities that belong to a champion, and Francesco Bagnaia at Le Mans, in a race made difficult by the pouring rain, has shown that he has what it takes. Starting with the sixteenth time, he had dropped to nineteenth position on the first lap but, after the bike change, he managed to get back to eleventh position, and without losing concentration and with a constant pace he managed to recover reaching fourth place. A decidedly extraordinary comeback!

“I got a bad start and made a mistake on the first lap, going wide at Turn 6. Then, there was the flag-to-flag: it was the first time for me! It wasn’t easy, but in a way, I enjoyed it. In the beginning, I didn’t feel completely comfortable on the bike, but in the wet, I was able to find my rhythm right away. Finishing fourth in these conditions is a really good result, also considering that last year I was very slow in the rain. Now I am second in the Championship, just one point behind Quartararo, so I’m delighted.”

The French GP was the first test in wet conditions for Enea Bastianini who finished the race in fourteenth place, taking home important points for the world rankings.
The Moto2 world champion started from the last spot on the grid, but in the final stages, with the track gradually drying up, he managed to climb back to fourteenth position and take home two points.

“I have to be careful with the conditions, but in critical moments not much can be done. I improved in the wet, but I still have to work. Driving in the wet is difficult but not impossible. I still don’t trust much but today we made a good step forward. I picked up two points today. They could have been more but still it’s better to have them. “

First points of the season for Nicolò Bulega who closes the race 13th. Three important points for morale that will be the basis on which to build the future of the season.

“We weren’t able to do what we wanted today in the race, but in any case we are bringing home something. There are only three points but let’s start from here. Unfortunately we made a mistake in the choice of tire by opting for a tire that is too soft at the rear … “

Good tenth place for Romano Fenati, who earns points in the race and confirms himself fourth in the world rankings, with 46 points.
After the first few laps made difficult by the poor grip at the end of the race he managed to increase his pace, obtaining an excellent 1’52.058.

Romano Fenati: “I’m not very happy with the result, but happy with the points earned, which are important for the championship. They certainly weren’t the perfect conditions to ride, as the track was a mix of dry and wet. At the beginning the feeling was not the best, but during the race it went better and better. In the end, the track was dry, with only a few wet spots. It was very difficult to drive on rain tires with the conditions encountered at the end. See you in Mugello. “

Click the button below to find out all the images of the #SuomyCrew during the weekend at Le Mans circuit.