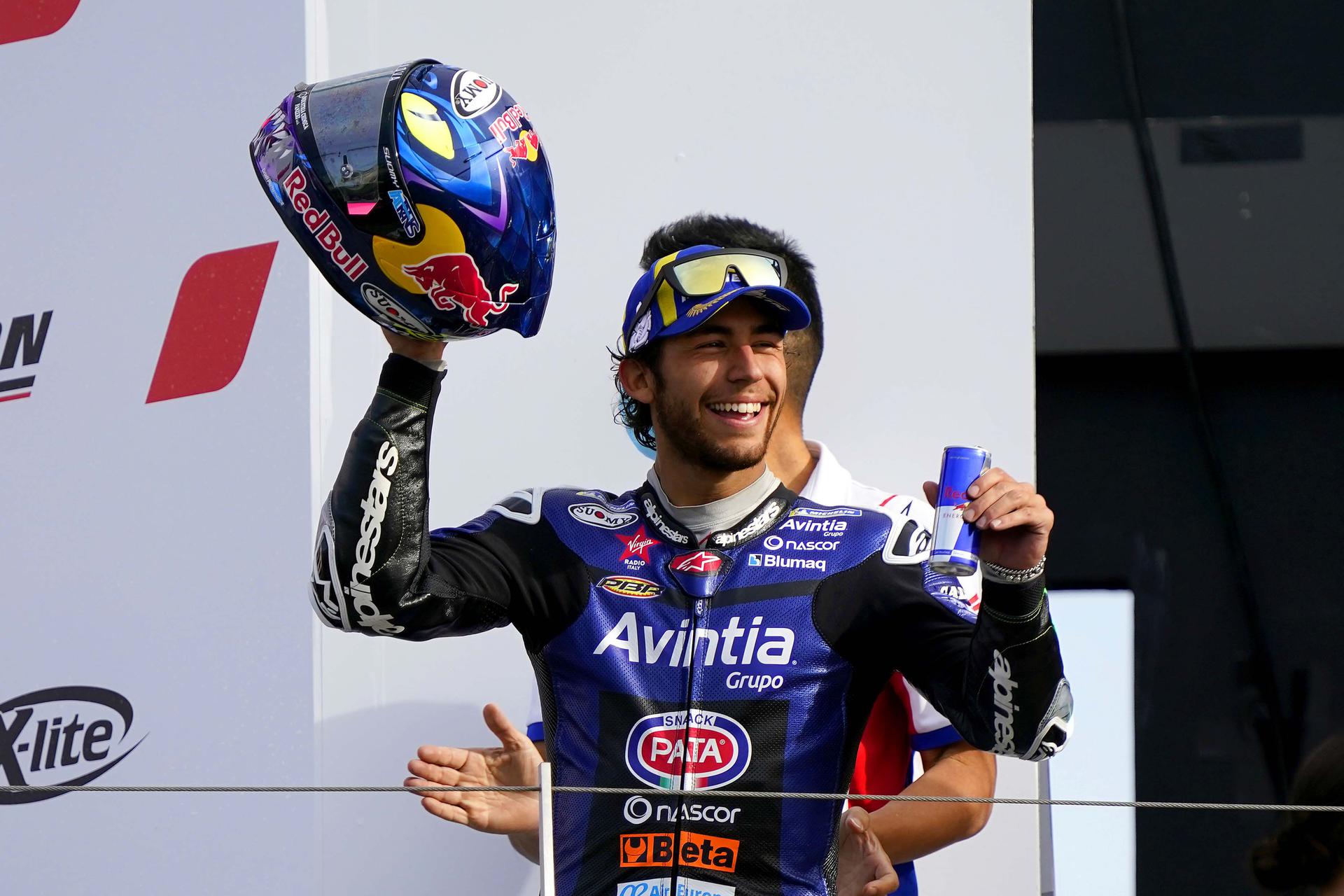 Bitter sweet weekend for our #SuomyRiders: the Misano track saw the retirement of Pecco Bagnaia and the podium of Enea Bastianini, in a race full of emotions. Starting from pole, Pecco Bagnaia immediately started to push and managed to gain ground on his pursuers, keeping himself in first position, but unfortunately with five laps to go at turn 15 he lost the front and was forced to retire.

“Today, I really gave my best to try and keep the Championship open, but unfortunately, that’s what happened. We were very competitive again this weekend, fighting for the win, and I’m happy with my performance today, even though I’m disappointed with the final result. Congratulations to Fabio: he deserved this title, which he came close to also clinching last year. We’ll continue to work to try to stay always at the front, and after this year, we will start next season with the same goal of aiming for the title”

Enea Bastianini closed the Grand Prix in third position. Starting from sixteenth place, he recovered positions lap after lap. On the last lap he managed to overtake the new world champion Quartararo, winning the second podium of the season!!!

“I did not expect to reach the podium: a bit of other people’s bad luck and a good final pace allowed me to get on the podium. The last laps were tough, also because Fabio was pushing hard despite being already world champion. On the last lap I tried it, it was good. I have to start later, but unfortunately I still struggle in the mixed dry / wet conditions “.

Nicolò Bulega had a much more complicated race after yesterday’s crash at the start of Q1, which compromised his grid position.

“We paid the price for yesterday’s crash in Q1 and it’s not only about the starting position. Unfortunately today’s race was the only dry session we had and I needed a few laps to find the right feeling. From halfway through the race I managed to find a goor rhythm, but it was too late. It was nice to race with these colours honouring Fausto, it stirred great emotion.”

The Misano weekend ended for Romano Fenati with a good seventh place and a progressing race despite the pitfalls of the track conditions.

Romano Fenati: “I am not that satisfied with the position reached at the end of the race, but for sure it was better than yesterday. I had many difficulties caused by the rain. Now I have to focus on the next race in Portimao.”

Next Round: Grande Prémio do Algarve, Portimão, Portogallo, 7 November

Click the button below to find out all the images of the #SuomyCrew during the weekend at Misano.