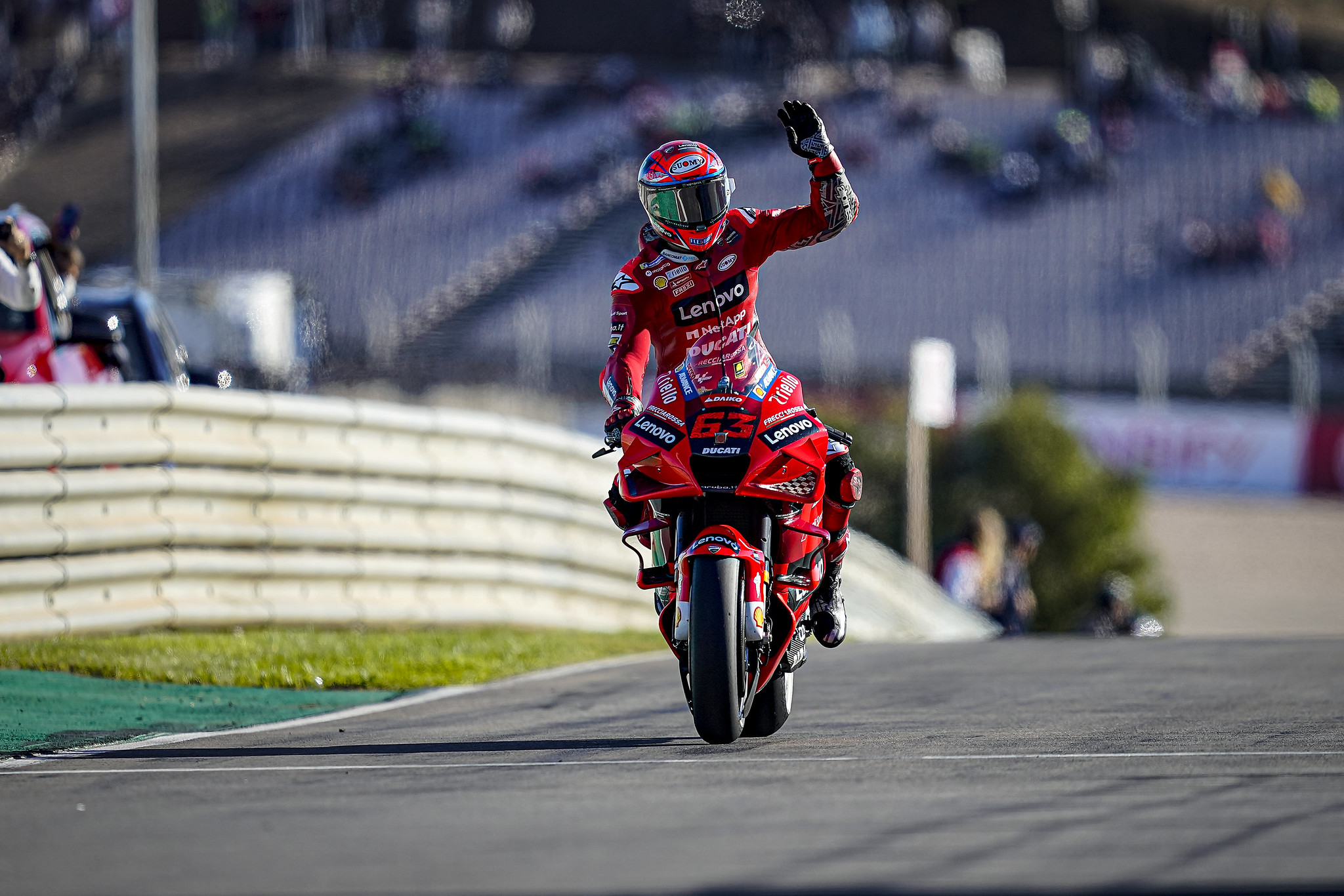 Rollercoaster of emotions on Sunday at the Autodromo Internacional do Algarve in Portimão.
Another splendid victory for Pecco Bagnaia (in addition to the fifth pole in a row) which ensured him the second position in the championship, and for Ducati the victory of the Constructors’ World Championship.
An impeccable race for Bagnaia, managed with intelligence and skill, which saw him in the lead from the start: congratulations Pecco!!!

“I’m really happy! I would have liked to finish the race under the chequered flag and not under the red flag, but it was still a stunning victory. It was an incredible weekend, and I enjoyed every single session. Right from the start, I felt incredibly comfortable. Everything was perfect, and I’m really happy for Ducati for winning the Constructors’ Title. We deserved it once again! Congratulations to Jack for his third place on the podium. Now we’ll go to Valencia where we’ll try to finish this season with another great result.”

Excellent race once again for Enea Bastianini, who managed to conquer the ninth position after starting thirteenth.

“It was a good race. I lost a few positions at the start, but then, step by step, I had a good pace which allowed me to come back. I’m happy with 9th position, because it was a difficult weekend in general. Next week in Valencia we will try to finish the season with a good result.”

Unfortunately, a weekend to forget for Nicolò Bulega, twenty-second after a very tough race.

“A weekend to forget. We were unable to solve the set-up issues and I never felt good aboard my Kalex machine. The race was extremely tough and we weren’t able to perform as we’d hoped.”

Romano Fenati crosses the finish line in seventh position. Starting from the thirteenth, he gradually increased his pace and on the fifth lap he set the second fastest lap of the race.

“With the points gained today I managed to get closer to the third position of the World Championship ranking and I am happy with this. I am satisfied with the speed showed off in race, but unfortunately the seventh position at the finish line was not my objective. I was aiming at the podium and for this I am not happy.”

Click the button below to find out all the images of the #SuomyCrew during the weekend at Portimao.