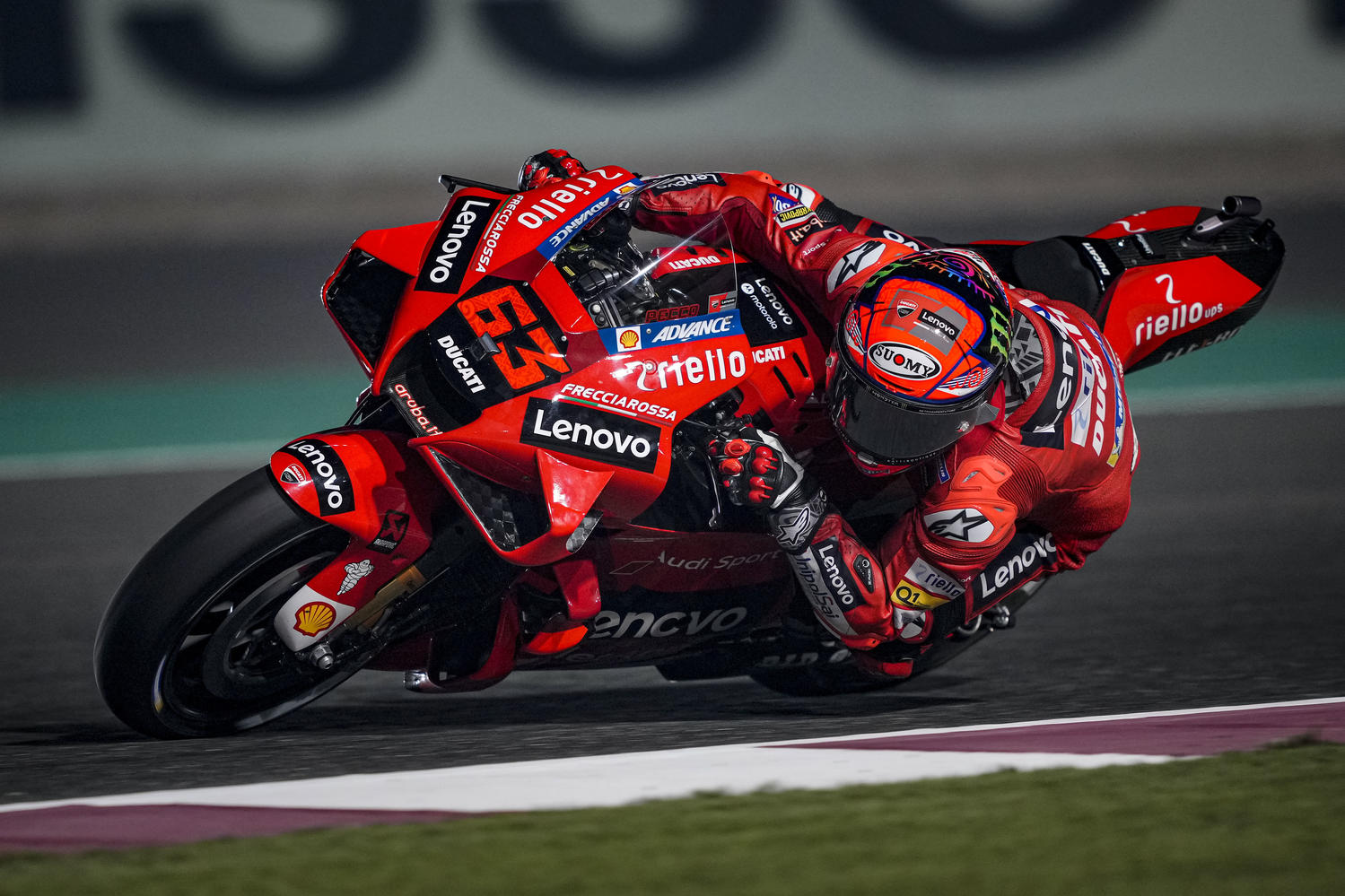 The second round of the MotoGP World Championship did not bring luck to our #SuomyRiders, engaged in a race made up of overtaking, but also technical problems that compromised the achievement of good positions.

Starting from third position on the grid, tenth on the first lap, in the fourth Francesco Bagnaia is the first rider to go under the wall of 1:54. Eight laps from the start he recovers again and he is fifth, attacking Rins in the middle of the race finishing in third place, but finishing the race sixth: the problems at the start and a mistake in the final were decisive for the missed podium. He is the best Italian at the finish, but the sixth place obtained in the Doha GP for the combative Pecco is not enough:

“Unfortunately today’s race did not go as I hoped. I wasn’t able to get a good start and on the first lap I found myself in tenth place. I wasted a lot of time trying to catch up and in the end I made a mistake that cost me. I am sorry because today the feeling with my bike was really great and I felt I also had the right pace to be able to fight for the victory. Today’s experience will certainly be useful for the future”.

Enea Bastianini finished the first two races of his MotoGP experience with comforting results, finishing another race with a comeback. Although starting from the eighteenth position after qualifying, in the race Enea managed to go up the group running fast laps, reaching the eleventh place.

“We have made a great race; I am very happy. I’m go up, even if I would have liked to be on grid much better, I am sure that I could have fought with the first ones. Unfortunately 6 or 7 laps from the end ,my hair and sweat did not let me have good visibility and don’t let me to stay focused, again obstacle and bad luck! We have improve more than last weekend so I’m very satisfied.”

Nicolò Bulega in Moto 2 did not find the right feeling with the Kalex number 11, slipping up to 20th position and finishing 17th.

“We were very unlucky today. Unfortunately, once again a technical problem has left us out of the positions that matter. We will analyze what happened well, but we are growing even if the results are not there yet ”.

Romano Fenati in Moto 3 finished the Doha Grand Prix in tenth position. The Max Racing Team rider, who started from the pit lane on the Losail circuit due to a penalty, managed to get in tenth position after a chase race.

“I’m happy for the race, because starting from the pit lane and crossing the finish line in tenth position is not bad at all. That gives us a lot of confidence and that means we have done a good job. Unfortunately at the end of the race I was unable to get back into the group I had reached, as I had a very short gear, so on the straight, the limiter came into operation, preventing me from keeping pace with those in front of me.”

Click the button below to find out all the images of the #SuomyCrew during the weekend at Losail circuit.