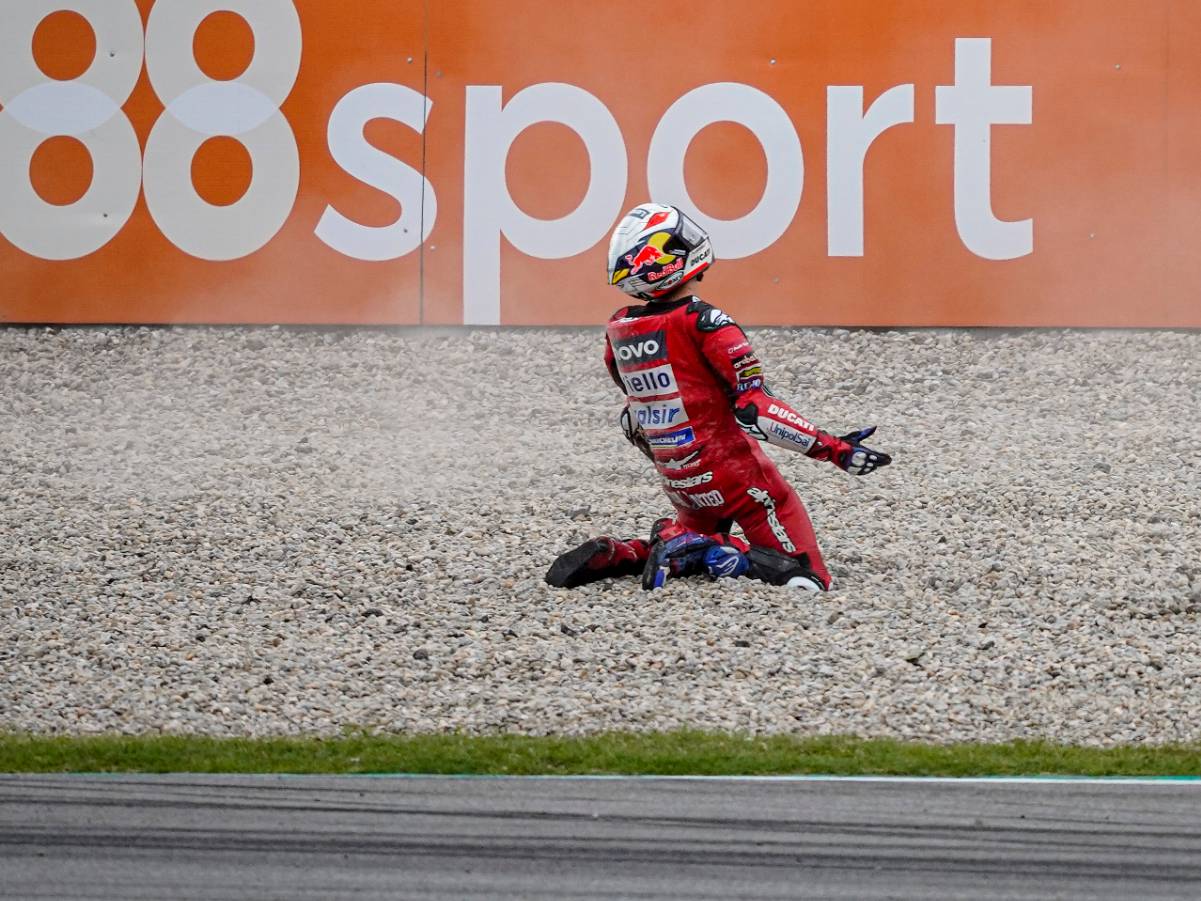 A challenging weekend, the one that has just taken place at Barcelona circuit.

A weekend of premature retirements for some of our #SuomyCrew’s talents, but also full of important comebacks for the others.

In Moto3, the #EmiliaRomagnaGP winner Romano Fenati stands out during the twenty-one laps of the race, thanks to an amazing comeback. Starting from fifteenth position on the grid, Romano manages to set a good pace right from the start, which allows him to recover, lap after lap, the gap accumulated from the leading group. Fenny arrives at the checkered flag in sixth position, signing the new track record too.

“I am satisfied with the result obtained today, because we had some issues at the start like we had in the first race in Misano. We stayed in front throughout the whole race but at the end some overtakes have disturbed me. The overall position at the end is not so bad. Now we have to look forward to Le Mans and to try to do our best there.”

Starting from the fourth row on the Moto2 grid, Enea Bastianini is immediately able to gain positions, moving close to the leading group, and conquering the fifth position. Despite the good pace, with ten laps to go, Enea has to manage with some chattering on the front that forces him to finish the race in sixth place.

However, it’s an important result for the championship, which continues to see Enea in second position, twenty points behind the leader.

“Unfortunately, today I couldn’t do any more. In the warm up and in the race we took a step forward compared to the free practice and in the last laps I was fast, but I struggled in overtaking and braking too. Today I was playing defense”.

Both the races of Stefano Manzi and Nicolò Bulega ended after just three laps from the start, due to an accident in which both were involved and that forced them to retire.

“Disappointing race because we wanted to have a good weekend. Already after the start I had to widen to avoid contact, losing several positions. I then tried to recover, but at Turn 10 I couldn’t downshift and the bike didn’t brake as it should. At that point, wedged between two other riders, I could not avoid the contact and I crashed. We are very sorry for the team and for the sponsors, in France we will try to do better. “

“I passed Manzi at turn ten and Manzi wipes both of us out. Dalla Porta crashed out while I was forced to retire because the exhaust was damaged and at the first turn I nearly crashed. Not much else to say.”

In MotoGP, our #SuomyRiders struggled throughout the weekend to find the right feeling with their bikes, managing to earn only the fourth and fifth row on the grid.

Francesco Bagnaia, who started from the fourteenth position, puts in place an amazing comeback that, thanks to countless and exciting overtakings, allows him to finish in sixth place, transforming a difficult weekend into a positive #CatalanGP.

“It was a difficult weekend because Friday I was not able to adapt to the situation, and I lost one day.
Unfortunately starting so far back does not help, but the pace was fast. If we had started from the front maybe we could have fought for the podium, but it was my mistake and you learn from your mistakes, we will try again at Le Mans”.

On the other hand, it was an unlucky race for Andrea Dovizioso. Dovi get off the line well from 17th on the grid, managing to recover immediately several positions. But, during the hectic early stages of the race, he is forced to retire as he gets involved in a crash.

With this retirement today, Dovi is forced to give up on his lead in the Championship, which sees him now fourth, 24 points behind the new leader.

“Crashing out at the second corner is always difficult to digest, and I’m sorry for how the race went today. I had focused on making a good start, and at the end of the straight, I managed to recover several positions. Unfortunately, I got involved in an accident on the first lap, which was the result of a normal race dynamic. The Championship is potentially still open but, if we want to challenge for the title, now more than ever, we need to return to the levels of competitiveness to which we are used to”.

After this round of the 2020 MotoGP season, we will now have a week off before returning to the track from 9th to 11th October at the Le Mans circuit for the French GP.

Click the button below to find out all the images of the #SuomyCrew during the weekend at Barcelona circuit.