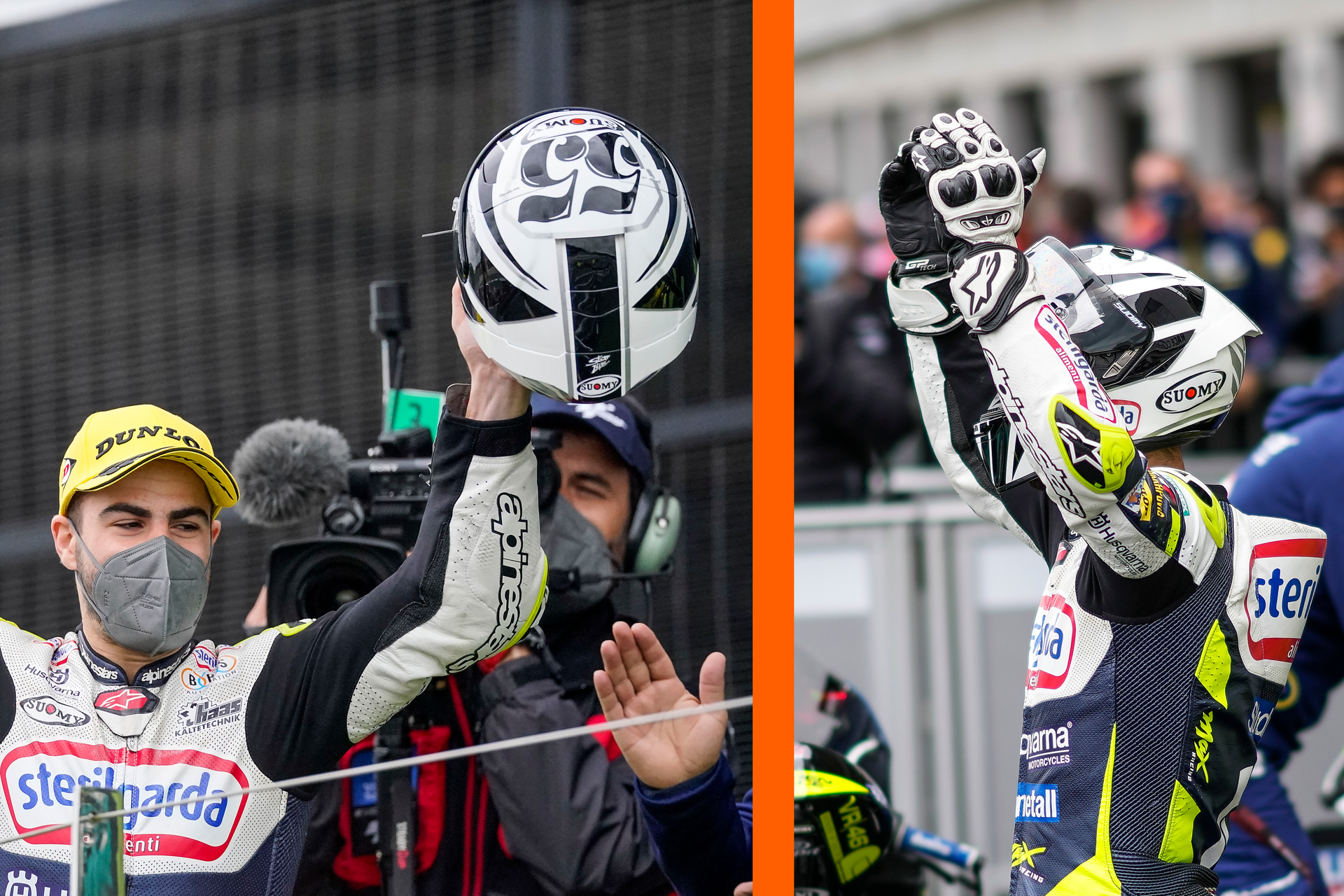 Perfect weekend for Romano Fenati in Moto3 at Silverstone: first in every free practice session, he got pole position, was first in the warm-up and finally won the race, leading it from the first lap! Congratulations Romano!!!

“We did a perfect weekend. I am aware that it will not be easy to replicate it, but we have to continue to work well as we did until now, to try to repeat. We have always to do our best, staying united. We reduced the gap in the championship, but we have to stay focused to continue to work well in all the remaining races to if you collect as many points as possible.”

Unlucky race for Francesco Bagnaia who, starting from the first row with the second time, closes the GP in fourteenth position. After a good start, Pecco began to have some rear grip problems that did not allow him to maintain the same pace as his rivals.

“Unfortunately, after a perfect weekend where I felt really strong, today in the race, something didn’t work. Now we’re going to analyse all the data and understand why I didn’t have any rear grip from the first few laps. I am very disappointed because I was sure I could have a really good race after being fast all weekend. Now let’s move on and try to come back stronger at Aragón.”

Good race for Enea Bastianini who crossed the line twelfth, making a great comeback that allowed him to close in the points.

“I’m happy because I knew it wouldn’t be an easy race for me after the two heavy crashes we had, as I wasn’t 100%. I had a bad start, so I tried to be conservative at the beginning. In the middle of the race, I started to have a good pace, which allowed me to recover some positions. Overall I’m happy and we’ll go for more in Aragón. “

“It was surely a positive weekend as we were able to be consistently in the top ten. Unfortunately I struggled a bit more in the race, but the feeling with the bike is a lot better. The setting we found is surely a good one, and a good base upon which building our next events on the calendar.”

Click the button below to find out all the images of the #SuomyCrew during the weekend at Silverstone circuit.