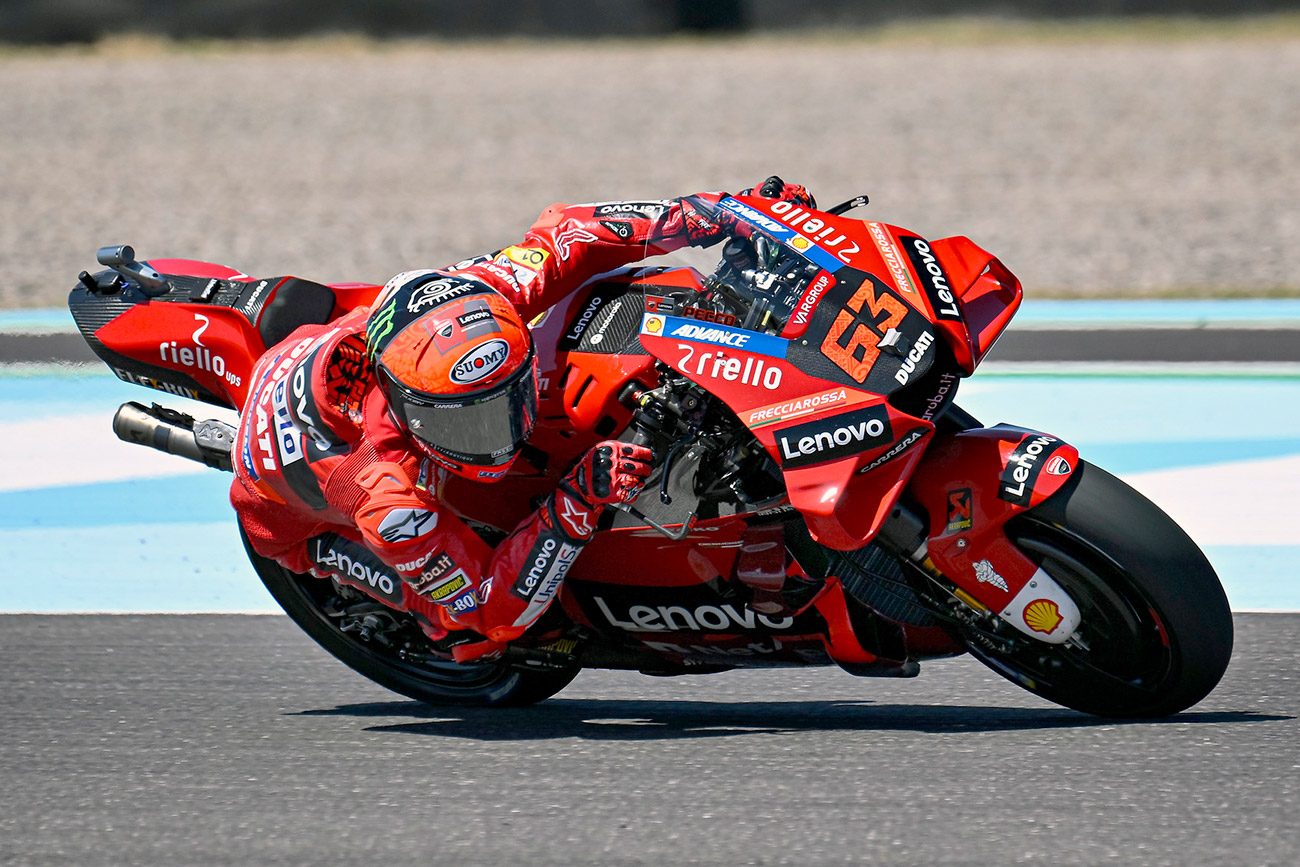 A weekend shortened by the delays in the delivery of the famous MotoGP crates, in which Pecco Bagnaia was the leader of a good comeback, which saw him cross the finish line in fifth position after starting with the thirteenth time.

After a good start, Pecco recovered several positions up to sixth place, and maintaining a good pace for the rest of the race managed to finish in fifth place.

“Starting so far back, the goal today was to finish in the top five, and we did it, so I’m pretty satisfied. This morning we had a 40-minute warm-up during which we made a change that helped me in the race, and I was able to find the same feeling I had last year with the bike, which makes me happy. Hopefully, I can finally turn my season around and keep up with the momentum next race weekend in Texas.”
Francesco Bagnaia – 5th

Complicated grand prix for Romano Fenati, conditioned by braking problems that saw him close the race in eighteenth position.

“It is definitely not the race we wanted. With the changes we tested until warm up, we didn’t feel ready for the race and so we opted for another change. Unfortunately, it has not paid off except that it has helped us to understand which path we should take. Eyes on Austin, looking for better results”.
Romano Fenati – 18th

Click the button below to find out all the images of the #SuomyCrew during the weekend in Argentina.