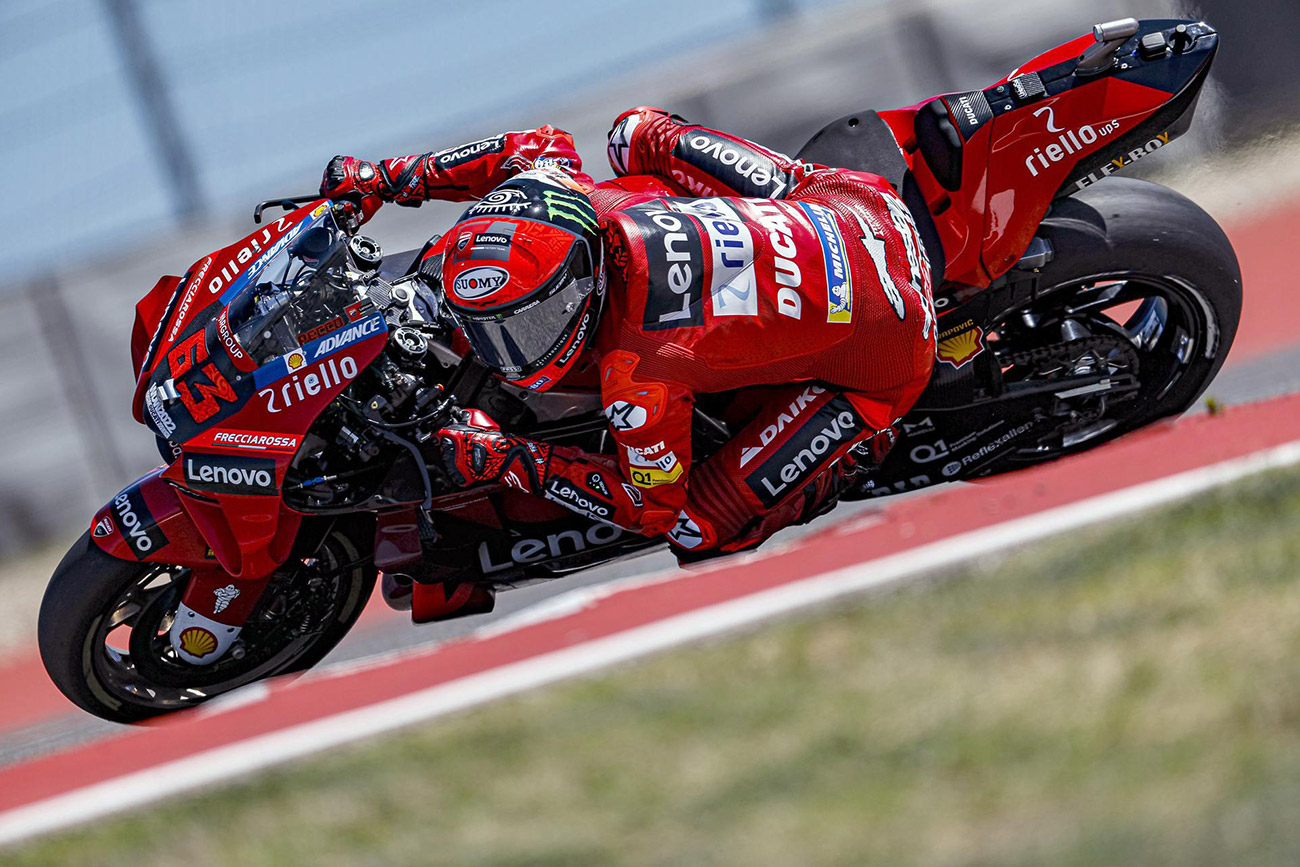 Pecco Bagnaia closes the Austin race in fifth position. After a good start that saw him remain in fourth position, he was unable to stay in the group fighting for the podium.

“After FP4 and this morning’s warm-up, I expected a more consistent pace in the race, but that wasn’t the case. Jack was great because he was fast right from the start with the same specs as me, while I struggled a bit in the early laps. Today the goal was to be in the top 5, but I hoped to fight a bit more with the others. Instead, I had to defend myself. This weekend will help us understand where we need to improve to be more competitive in the upcoming Grands Prix”.
Francesco Bagnaia – 5th

Sunday at the Circuit Of The Americas ends with the fifteenth placement of Romano Fenati, who proved to be valid in the start jumping from p21 to p10. Unfortunately a severe pain in his shoulder hampered his driving, but Romano managed to get to the end by finishing in the points with the fifteenth position.

“I’m not very happy with the final result because we could have done much better. Unfortunately, I had a shoulder problem. After the third lap I felt a great pain and I tried to hold on until the end but I could not brake and I found myself having to drive with only one arm. Despite this problem, we have reached the points and I don’t think we could have done better given the situation. Now we have to keep working in this direction, growing from race to race!”.
Romano Fenati – 15th

Click the button below to find out all the images of the #SuomyCrew during the weekend in Austin.