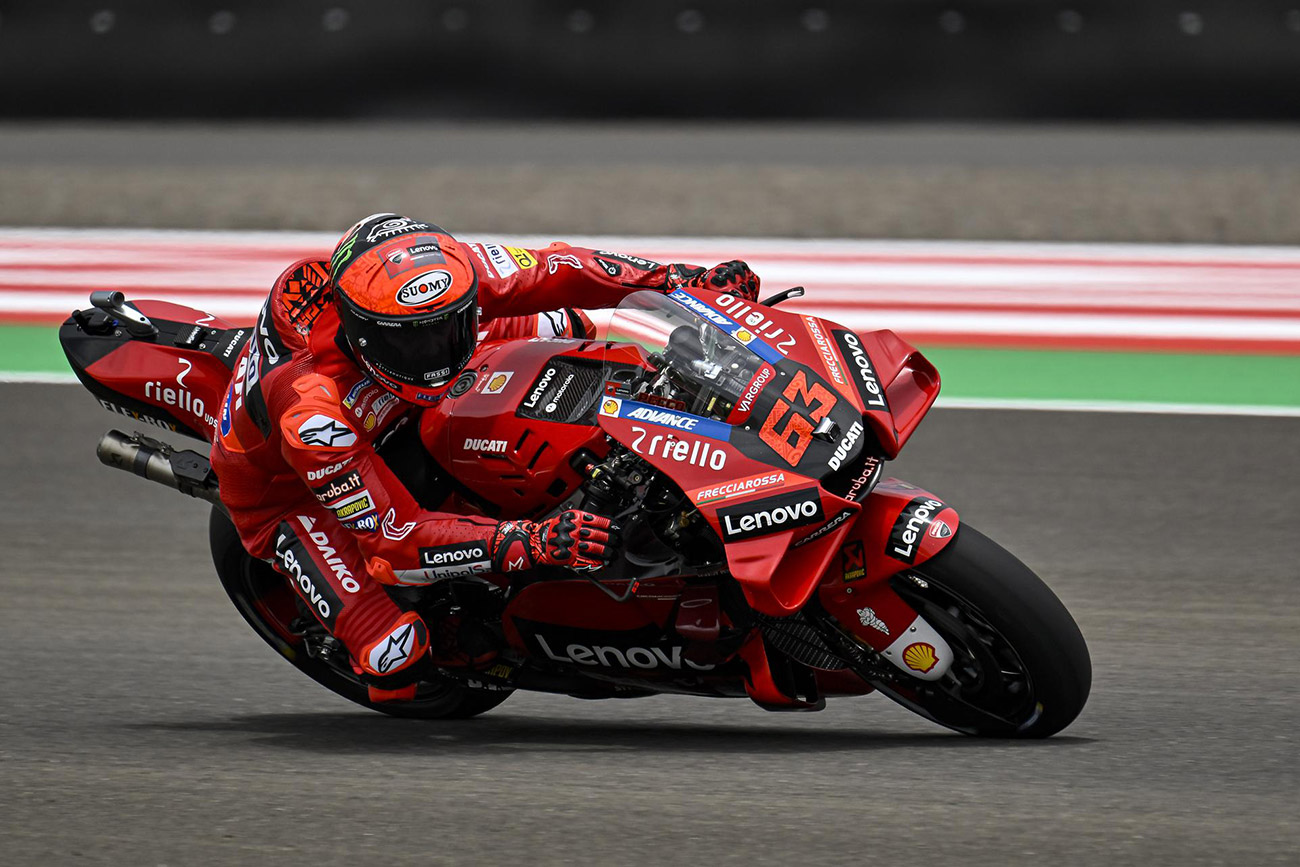 The Indonesian Grand Prix at the Mandalika International Street Circuit started more than an hour late due to a violent downpour that hit the track just minutes before the pit lane opened.
The race then got underway at 4.15pm local time, when the disturbance was finally reduced, giving the drivers the opportunity to compete.

Slipped twelfth on the first lap penalized by a bad start, Pecco Bagnaia tried to recover, but the lack of feeling with the front of the bike did not allow him to push to the maximum. After having risked the first corner, Pecco continued to lose positions and finished in fifteenth position, obtaining a point for the general classification which now sees him twentieth.

“In the past, we have always been competitive in the wet, but today I didn’t really have a good feeling with the bike. I couldn’t brake the way I wanted to, and I couldn’t push. I’m disappointed because I had a great pace this morning in the dry, and we knew we had a good chance to aim for the top positions. Unfortunately, the weather was not on our side today, and in these first two races of the year, we have not yet been able to show our true potential. We hope to turn the tables at the next GP in Argentina”.
Francesco Bagnaia – 15th

Some difficulties for Romano in the Indonesian weekend race.
Starting from sixteenth place on the grid he got off to a good start but a contact while he was in the midst of a large group of drivers made him lose positions, until the twentieth at the end of the first lap. So Romano tried to keep the pace until the end of the race, closing it in nineteenth place.

“Difficult race, unfortunately over the weekend we were unable to take that step forward that we needed to improve the pace and be faster. We started well, but then in the traffic of the first lap we lost too many positions and it was difficult to recover. I expected more from this weekend, but we are still getting to know the bike well so eyes on the next grand prix, the Argentina one, on a circuit that I really like and where we will do our best!”.
Romano Fenati – 19th

Click the button below to find out all the images of the #SuomyCrew during the weekend in Indonesia.