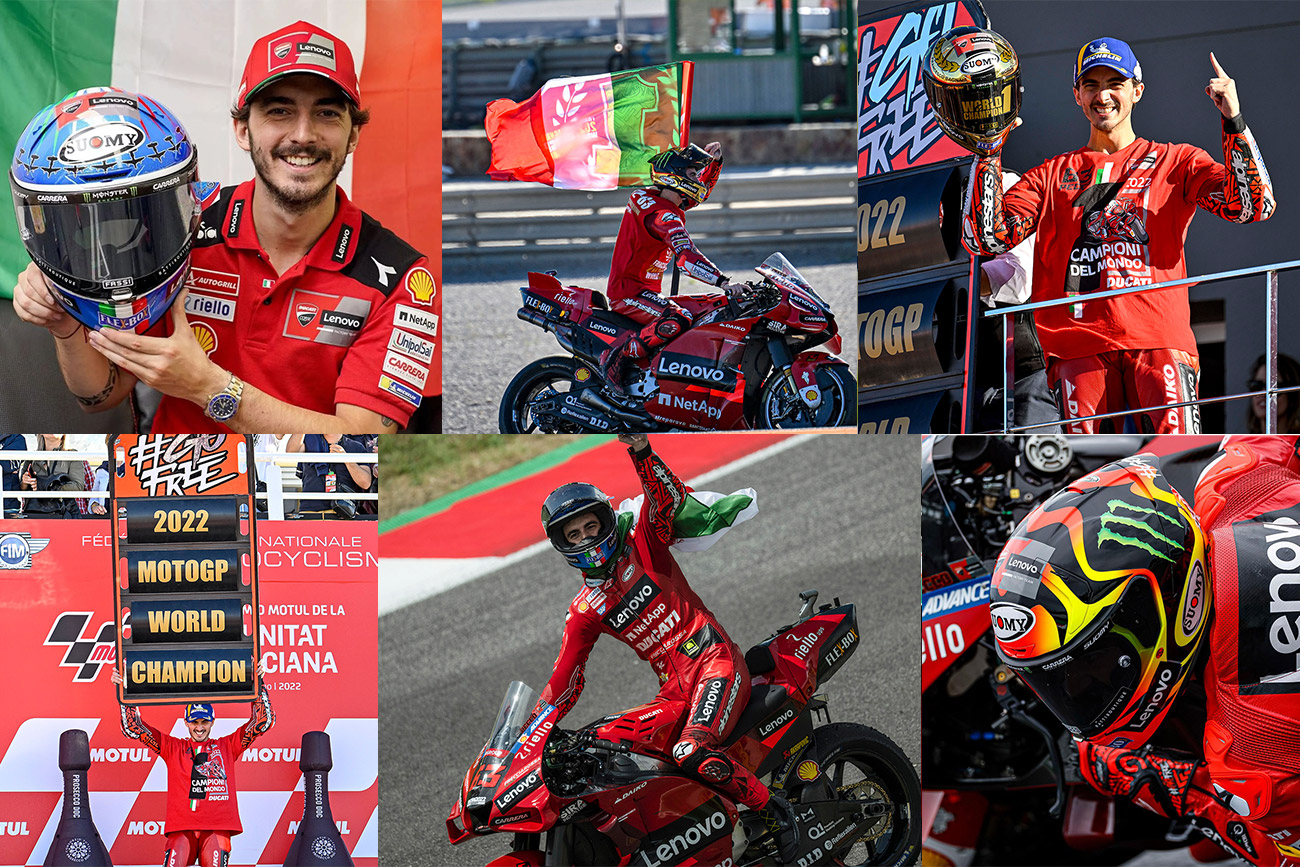 The 2022 MotoGP season could not have ended in a better way for our spectacular Suomy rider Pecco Bagnaia, who has become World Champion at the Ricardo Tormo circuit in Valencia, returning the title to Italy thirteen years after Valentino Rossi’s last victory.

A suffered victory for our Suomy rider, considering that his direct rival Fabio Quartararo, despite his 23 points of disadvantage, fought until the very last to try to steal Pecco that title he had always been dreaming of. And perhaps this is precisely what makes the victory even more beautiful and exciting for Pecco, who made a comeback that seemed almost impossible when, with ten races to go, he was 91 points behind the French rider.

However, Pecco never gave up and with grit and determination he began to collect one victory after another, proving to be an exceptional rider, who with his head and heart was able to realize his dream.

Suomy family could not be more proud of this amazing victory and would like to thank Pecco for taking Suomy SR-GP helmet on top of the world for the first time in the history of the premier class of MotoGP.

“We have to be really happy and proud of the incredible work we did. After Germany, we found ourselves 91 points off the top, but we found the right motivation to come back and win the title in Valencia. Together we showed that we are really strong and can handle even complicated situations. Today’s race was also really difficult because after the contact with Fabio, I lost a wing of my bike, and from there on, I struggled a lot, but I am really proud and happy with the result. I also want to congratulate Fabio, who has been an incredible opponent throughout the season. To win coming in front of a rider you respect, as I respect Fabio, gives even more value to this title.”
Francesco Bagnaia – 9th

Thanks to all #Suomyriders for this season full of emotions and see you at the next MotoGP season!

Click the button below to find out all the images of the #SuomyCrew during the weekend in Valencia.