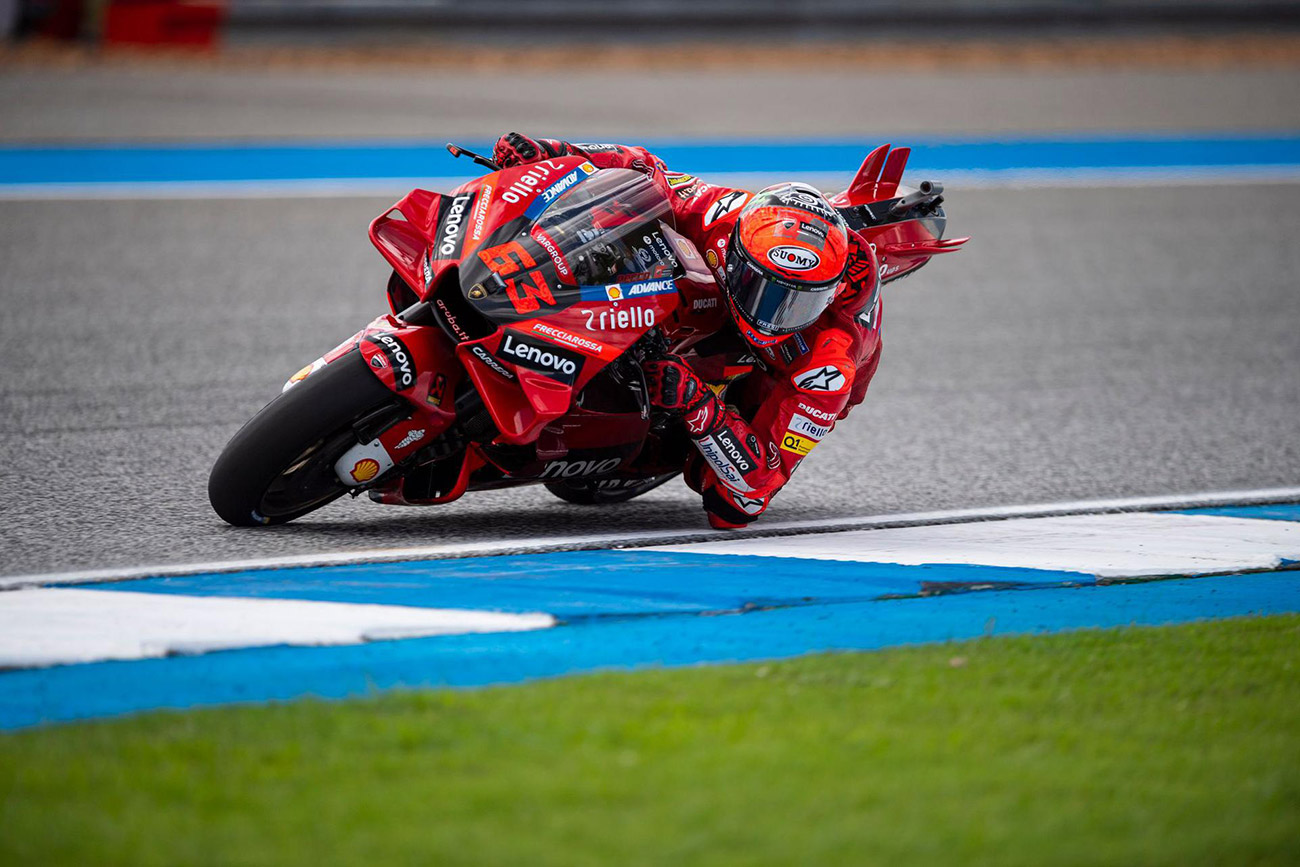 Another podium conquered at the Grand Prix of Thailand by our Suomy rider Pecco Bagnaia, who, despite the unfavorable weather conditions, was able to defend and maintain his third place throughout the course of the whole ace.

Pecco is very enthusiastic about the result, obtained in a fundamental race which was made even more complicated by the rain, especially considering that his direct rival Fabio Quartararo had to settle for seventeenth place only.

Indeed, with the Grand Prix of Thailand, Pecco reduces the gap from the championship leader to just two points, and he is ready to fight for the world title in the next three and final races of the 2022 MotoGP season.

“I am thrilled with this third place. It was a long and very intense race. I knew my potential in the wet was this and not the one shown in Japan. From the beginning, I tried to push, trying to lose as little ground as possible, but it was not easy. By the end, the front tyre was gone, and the riders behind were getting closer and closer, but in the end, we made it. We are two points behind Quartararo in the Championship, so the next three races will be really decisive.”
Francesco Bagnaia – 3rd

Click the button below to find out all the images of the #SuomyCrew during the weekend in Thailand.