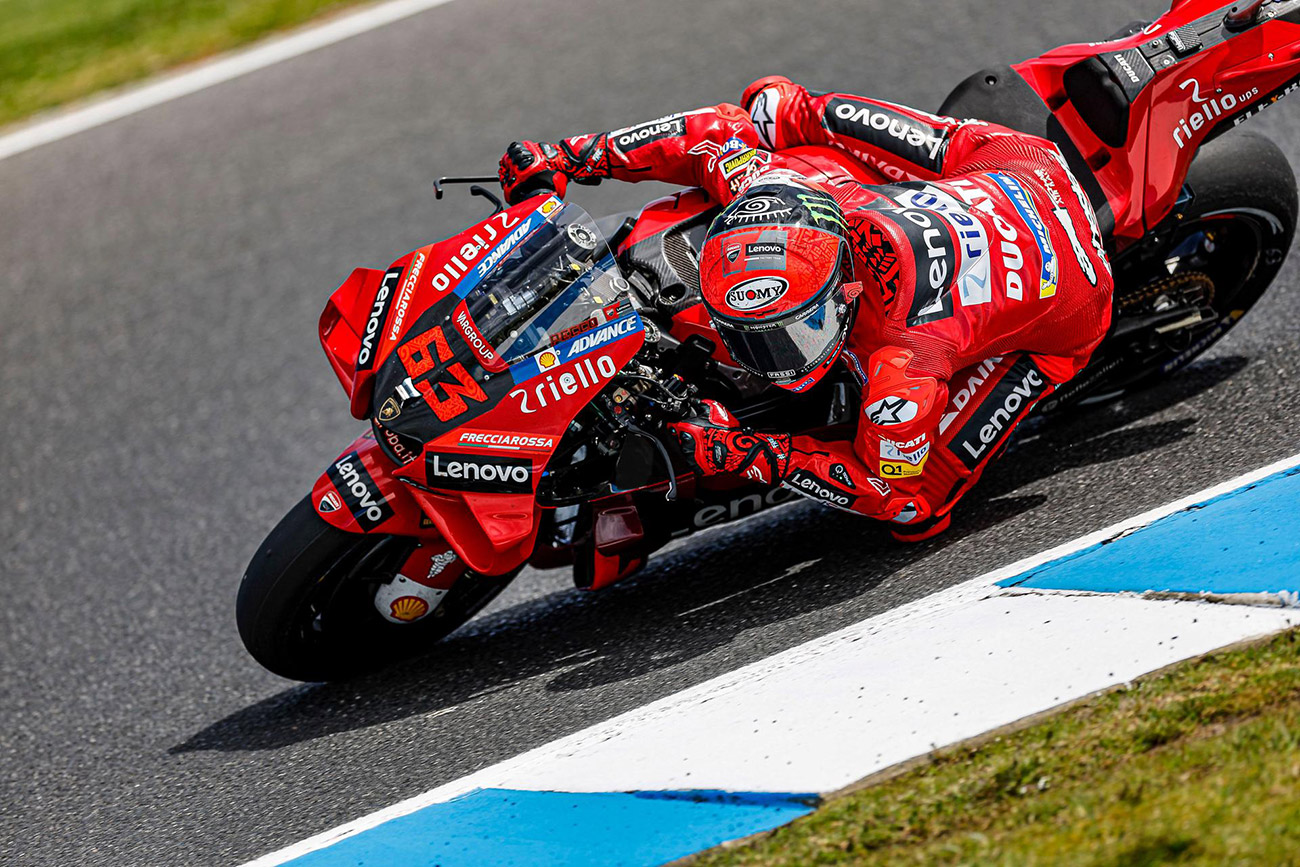 A full of emotions Sunday for our Suomy rider Pecco Bagnaia, who ends the Australian Grand Prix conquering the first place in the general classification of the world championship.

Starting from third position, on lap fifteenth Pecco takes the lead, where he remains until the last lap before being overtaken by Marquez and Rins.

Pecco therefore crosses the finish line by winning third place and the ninth overall podium of the 2022 MotoGP season. Thanks to the result obtained at the Phillip Island Circuit, Pecco becomes the new championship leader. An epic feat the one accomplished by our Suomy rider, who after the German Grand Prix was 91 points behind the current champion Fabio Quartararo and in the space of eight races not only has recovered the French rider, but has even passed him by securing 14 points of detachment from the latter.

For our Suomy rider the next round in Malaysia at the Sepang Ccircuit will be of fundamental importance. Indeed, Pecco Bagnaia will once again have to give his best to make his dream come true and become MotoGP champion, thus bringing Suomy SR-GP on top  of the world.

“I am satisfied with the third place today, but the most important thing is that we are finally first in the Championship. I only regret not being able to win because I did my best. In the first laps, I tried to manage the tyre consumption well, but towards the end, I didn’t have the same pace anymore, and I was still struggling with the front. When I saw that Quartararo was OUT, I changed my approach and just tried to have a smart race, avoiding unnecessary risks, to try to take advantage of the situation. The next GP will be in Malaysia, a track where we are usually fast, so there are all the conditions to do well there.”
Francesco Bagnaia – 3rd

Click the button below to find out all the images of the #SuomyCrew during the weekend in Australia.