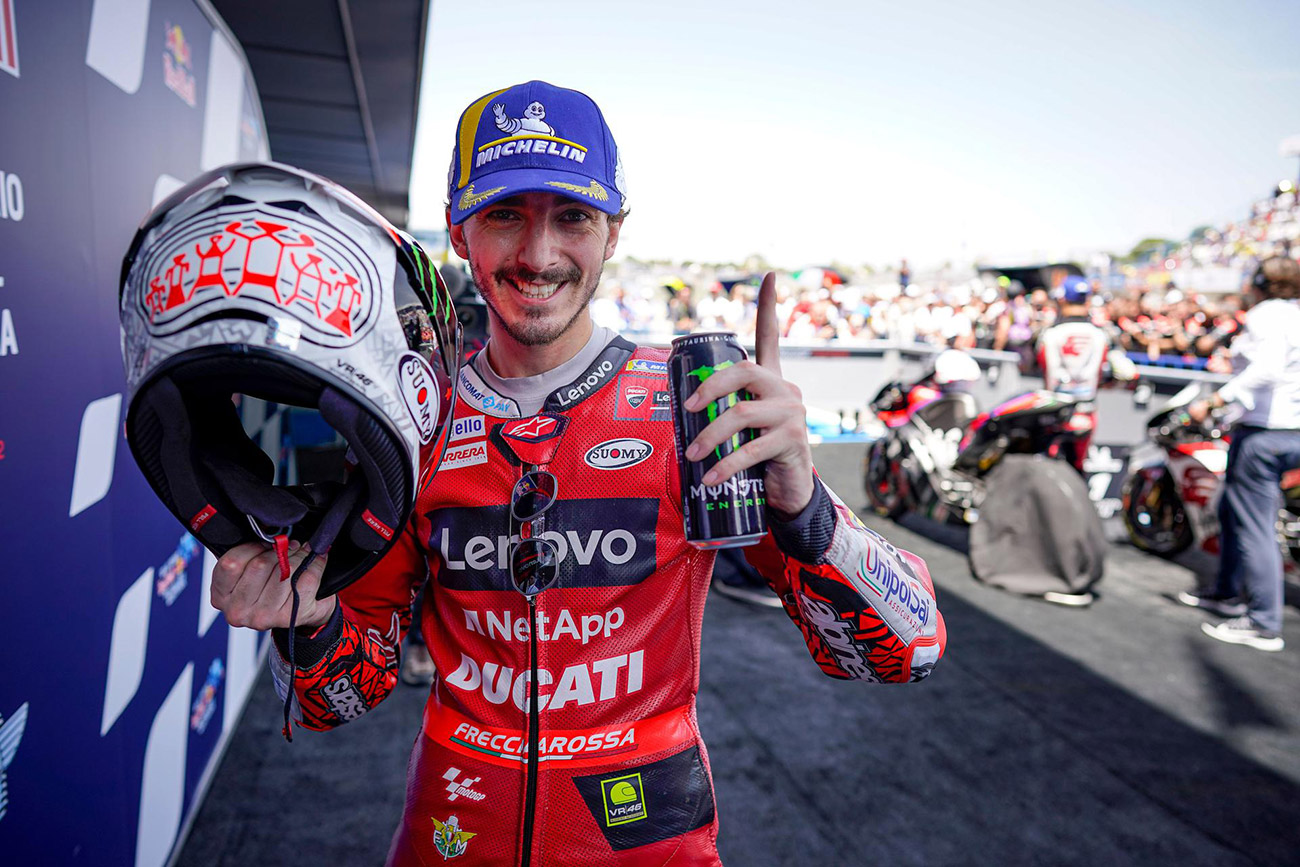 First win of the 2022 MotoGP season for Pecco Bagnaia, who brings Suomy SR-GP, the high-performance racing helmet, to the top step of the podium at the circuit of Jerez de la Frontera in Spain. Having obtained a record pole position on Saturday in the qualifying session, Pecco then proved to be the absolute dominator of the Spanish Grand Prix, managing to maintain the advantage over his rival Fabio Quartararo throughout the race.

Our Suomy rider is fully satisfied with the result and considers that of Jerez one of the most beautiful victories, obtained after a difficult period during which, however, he has never lost confidence in himself and in his abilities.

“I am moved. The first victory last year at Aragon was certainly very important, but today’s was even more beautiful and much more difficult. We come from a tough period in which, for various reasons, we have never been able to show our real potential, but here I knew that we were in the right conditions to do well. We have been working hard since Qatar, and finally, today, we arrived ready for the race. I pushed really hard and lapped consistently throughout the 25 laps. I’m proud of the work that has been done, not only with my team which I thank, but also at home with the Academy and my family!”
Francesco Bagnaia – 1st

The Spanish Grand Prix for Romano Fenati turns out to be more complicated than expected. Quite satisfied with the sensations experienced during Friday’s practices, he is unable to get a good qualifying position on Saturday. In fact, he is forced to start the race from twenty-seventh position, which he fails to complete falling to the ground after only 4 laps.

“Unfortunately the weekend ended badly. We have always had problems under braking and we have not been able to solve them without compromising too much the feeling we had with the setting studied on Friday and which I felt very comfortable with. Unfortunately starting from the rear is always a lottery, and in an attempt to make a comeback and in overtaking a rider I crashed. We learn from mistakes to grow and improve from the next race on.”
Romano Fenati – NC

Click the button below to find out all the images of the #SuomyCrew during the weekend at Jerez de la Frontera.