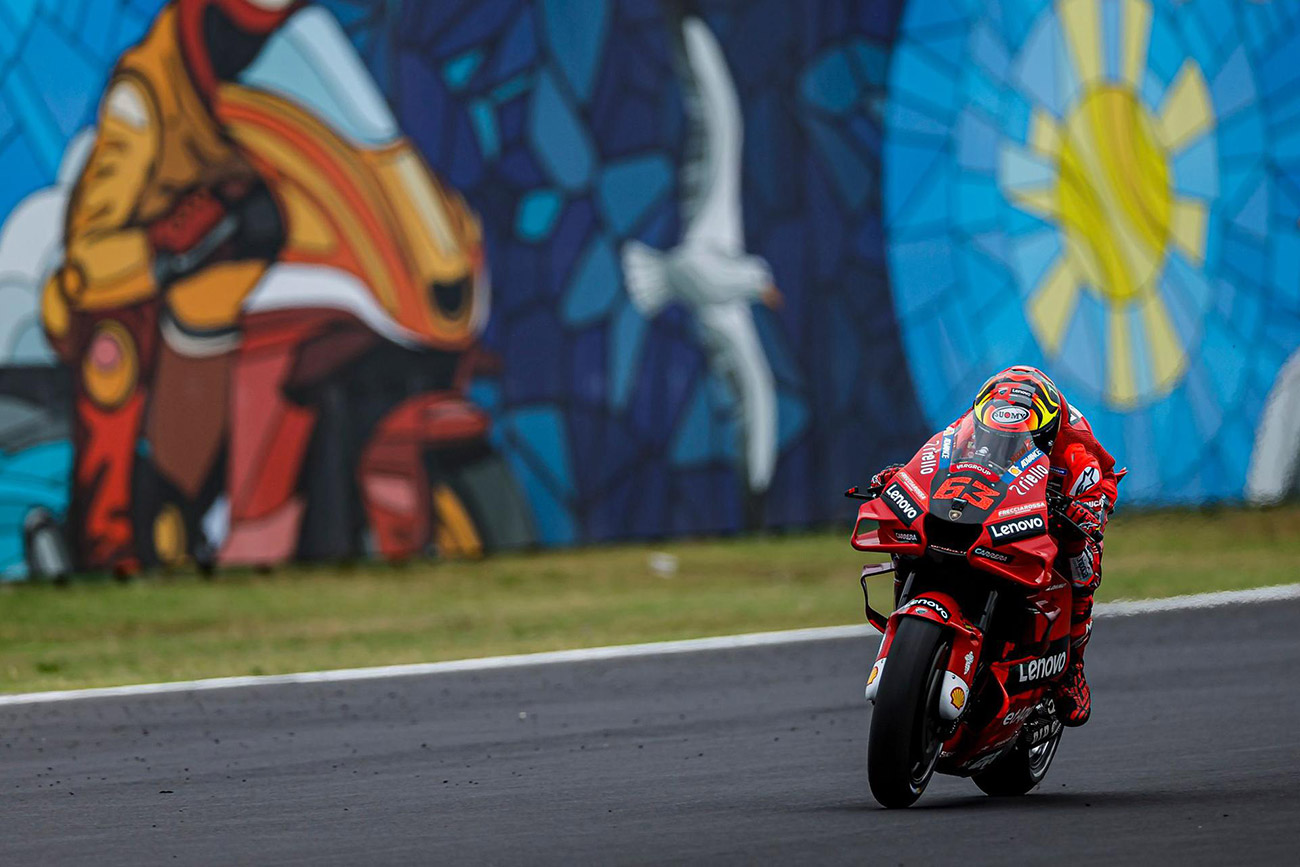 An unforgettable weekend at the Misano circuit for our Suomy rider Pecco Bagnaia, who conquers his fourth consecutive win of the 2022 season.

Despite starting from fifth position due to a penalty received during free practice on Friday, Pecco immediately proved determined and very skilled in taking the lead on the second lap.

This is a very important victory for our Suomy rider, who is now in second place in the general classification of the World Championship, with only 30 points behind the leader Fabio Quartararo.

“Today was a really tough race. In the first few laps, I didn’t have any grip at the front or the rear, and I was afraid to push: I could feel Maverick very close, and I could only brake hard to try to put him in trouble and avoid him overtaking me. When the weight in the tank dropped, the grip improved, and I could pick up the pace and push to the end. We are now 30 points behind Quartararo, but the fight for the Championship remains tough, and we can’t afford any mistakes. We have to stay focused and think race by race.”
Francesco Bagnaia – 1st

An unforgettable Sunday also for our Suomy rider Matteo Ferrari, who, thanks to an exciting overtaking on his compatriot Mattia Casadei in the last meters of the race, conquers the first place in the last race of the MotoE class. Thanks to this amazing victory, Matteo Ferrari concludes the championship in third place.

“It was a really good race but at the same time a difficult one, probably the toughest of my career. I was really far away from the leader, who was also my opponent for third place. This means that I had to push at the limit until the chequered flag. I didn’t know if I would have been able to do it, but when I found myself behind Dominque something happen within me; I started to believe in it and I really did make it. We finished third overall once again and that’s something unique, but today’s win was like closing a loop.”
Matteo Ferrari – 1st

Click the button below to find out all the images of the #SuomyCrew during the weekend at San Marino.