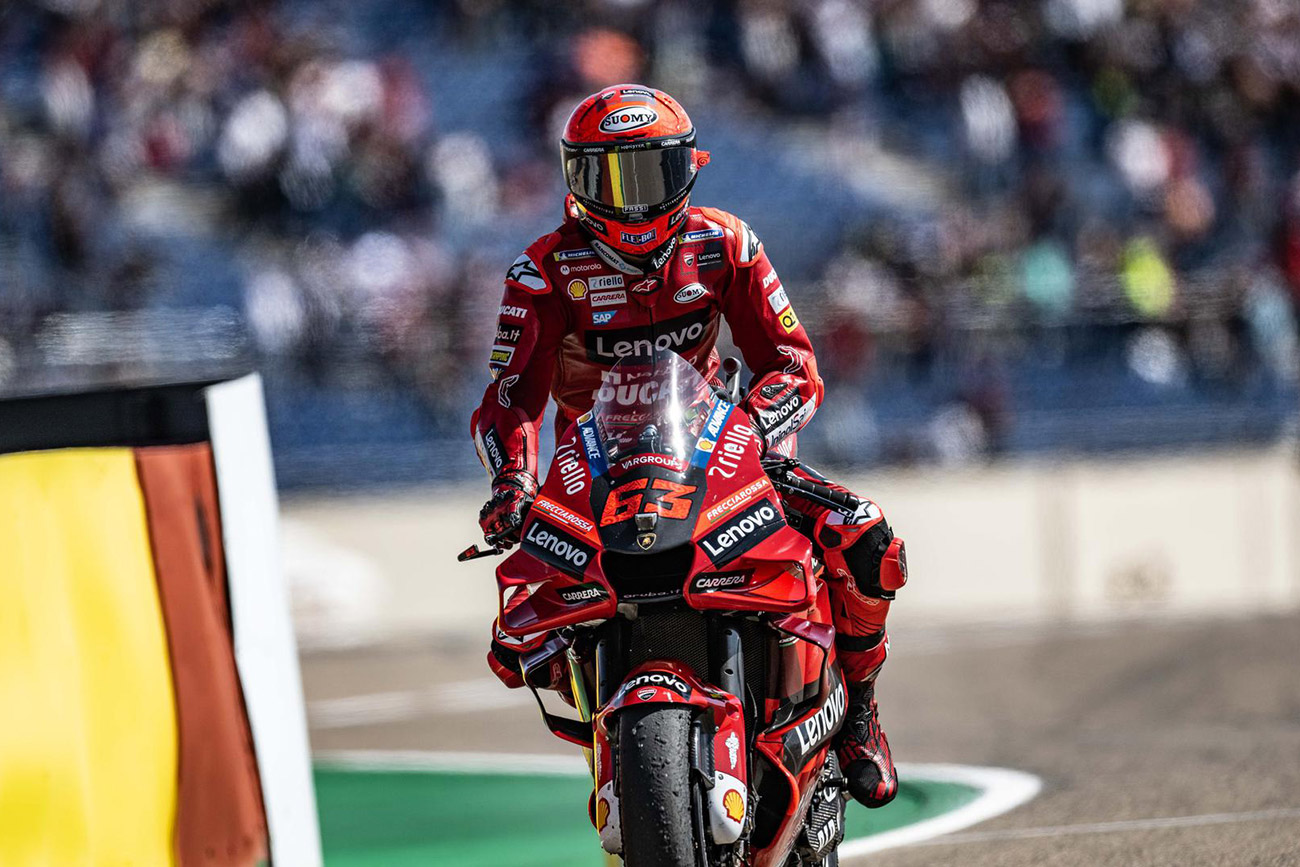 After a long and exciting fight for victory, the Grand Prix of Aragon ends with a very important second place for Pecco Bagnaia, who brings Suomy SR-GP on the podium for the fifth time in a row.

Starting from pole position, our Suomy rider kept the lead of the race until the last lap, when he was forced to give first place to Enea Bastianini, who was faster than him by only 42 thousandths of a second.

Pecco can be fully satisfied with this result, which allows him to further shorten the distance from the leader Fabio Quartararo, who is now only 10 points ahead from Pecco.

“I’m thrilled with today’s result. Enea and I had a great race! I knew he would be very fast in the final laps, and when he passed me, I preferred not to make any move on him. I tried to win and waited for a safe opportunity to pass him, which in the end wasn’t there. I knew these 20 points were important, and I preferred not to risk it. Now we must stay focused and think about the next race in Japan next week.”
Francesco Bagnaia – 2nd

Click the button below to find out all the images of the #SuomyCrew during the weekend at Aragon.