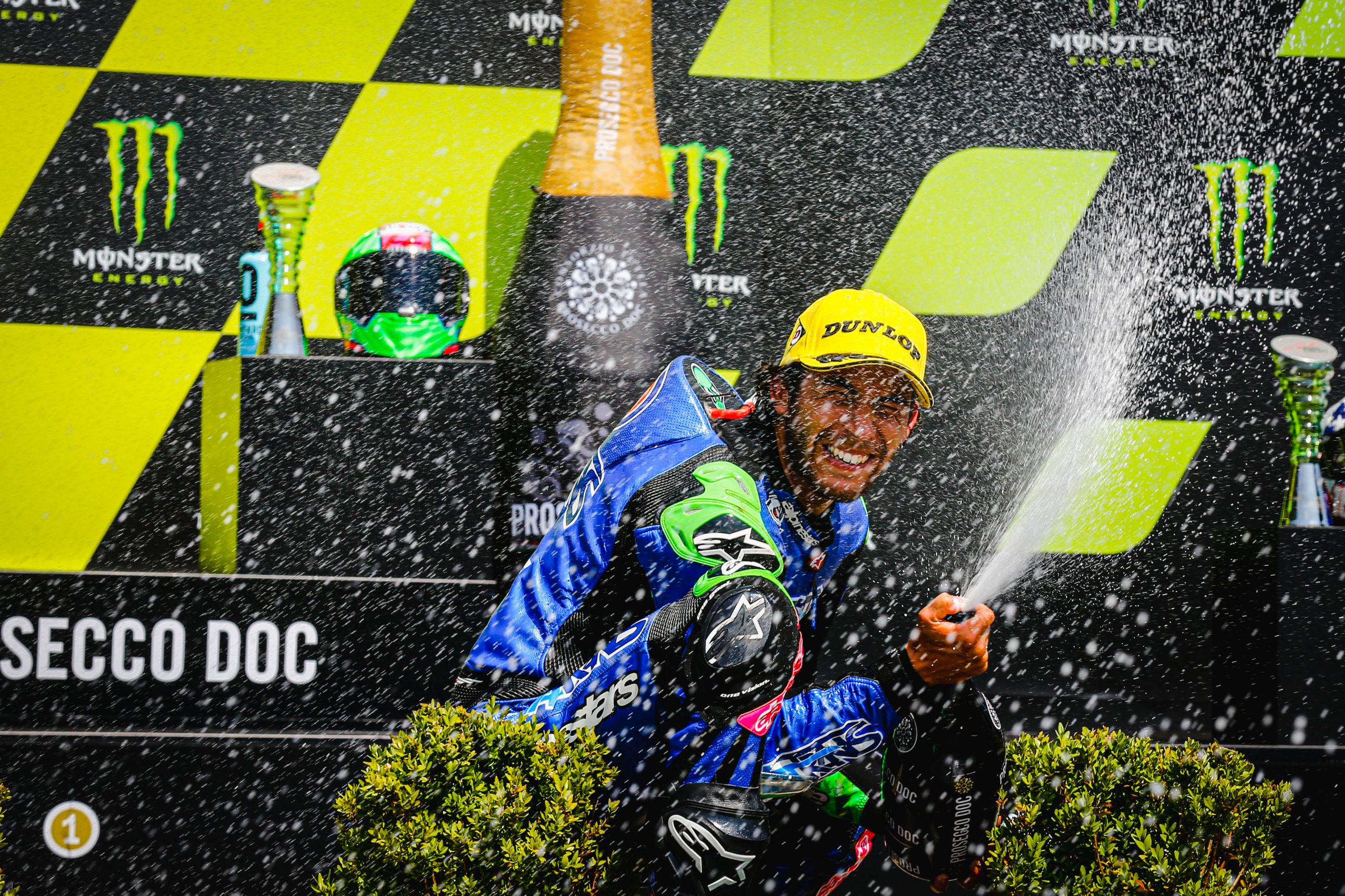 After a week off, the MotoGP World Championship heads in Czech Republic for the historic round which takes place at Brno circuit.

We are at the fourth stage for the young talents both of Moto2 and Moto3 while, for the MotoGP riders, the #CzechGP is the third round of the season.

In Moto3, our rider Romano Fenati was aiming for the top ten, a target that he had set himself to reiterate the growing feeling with his new team.
Romano have stood out during all the practice sessions, gaining the third row on the starting grid just a few tenths from the pole man.
However, during the race he was not able to fight with the leading group and, after a photo finish, he crossed the finish line in ninth position.

“I am quite happy about the weekend, but i also know that we still need to improve. We are doing a good job, indeed we have optimized a lot the setting of the bike already in Jerez 2. Here we have done a further step forward. Our work step by step seems to be profitable. For the next race there is the need to improve a little bit more, in particular in the braking and in the acceleration, indeed we have still some difficulties with the bike in following the corner. We need to stay focus in order to do our best.”

After a beginning of the season that earned him a place among the big names in MotoGP, Pecco Bagnaia arrived in Brno focused on consolidate his work with an important race result.
Unfortunately a crash during the last lap of the FP1 forced him to retire, due to a fracture on his tibia.
Pecco has been successfully operated to stabilize the articular fracture and he will able to begin physiotherapy immediately, with the aim of getting back on track at Misano.

“Luckily the fracture did not affect the ligaments of the knee so the recovery time will be faster.
I’m really sorry because during the free practice the feeling with the bike was really good.
My goal is to be on track for my home GP, in Misano”.
FRANCESCO BAGNAIA

It was a more challenging weekend for Andrea Dovizioso who, despite a good race pace, has struggled to find the right feeling with both his bike and the new tyres.
Forced to take part in Q1, Dovizioso achieved he sixth row of the grid after qualifying in eighteenth place .
Dovi managed to recover some position immediately after the race start but, as the tyres started to drop their performance in the second part of the race, Andrea couldn’t push further and stayed in the eleventh position until the finish line.

“It was a pretty weird weekend. Unfortunately, we have not yet identified the reason for our problems. Today the tyres have been affected
a lot by the wear, and they didn’t allow us to express ourselves to our best, but still, we don’t know if were the tyres that made the big difference today in the race.  On the other hand, Zarco has been the protagonist of a great weekend, and this allows us to have some data to analyze to understand the situation better.”

In this pretty weird weekend for the #SuomyRiders, a huge joy arrives from the Moto2, with the second in a row victory of Enea Bastianini, the absolute protagonist of the intermediate class. Enea, who was effective during all the practice sessions conquering the third spot on the grid, was able, as soon as the green light went out, to take the first position, dominating the race from the first to the last lap, without giving a chance to the others riders.
An extraordinary victory, deserved and desired, which also gives to Enea the provisional leadership of the championship.

“What a race! I gave the 100% getting this amazing win. I knew that Lowes was pushing but I hang in, keeping the pace.
Thank you to the whole team for helping me to achieve this great result!”.
ENEA BASTIANINI

Stefano Manzi‘s race ended in the ground, but he is continuing to dimostrate his constant presence in the top-15.
Nicolò Bulega took home another two points for the world championship, finishing the weekend in fourteenth position.

“Wasn’t a good day for me, in Warm Up already I hadn’t a good feeling. In the race I was in the points with others, unfortunately we still suffer some temperature issues. Especially when I’m in the group, it’s hard to overtake but I am easily passed by others. The crash wasn’t my bad: the front tyre was in trouble since the beginning and, with 8 laps to go, just gave out. I’m really sorry because we were in the points, it’s a pity. Now we’ll try to do better in Austria, the colder weather could help us”.

“This isn’t the race we wanted but after such a poor qualifying performance we couldn’t aim at anything better. I didn’t get a good start but as soon as I managed to get up to speed, I was able to recover some positions. The top 15 is not our goal but it is what it is now so we get those two points. The two Austrian rounds will help us grow, I’m sure.”

Click the button below to find out all the images of the #SuomyCrew during the weekend at Brno circuit.