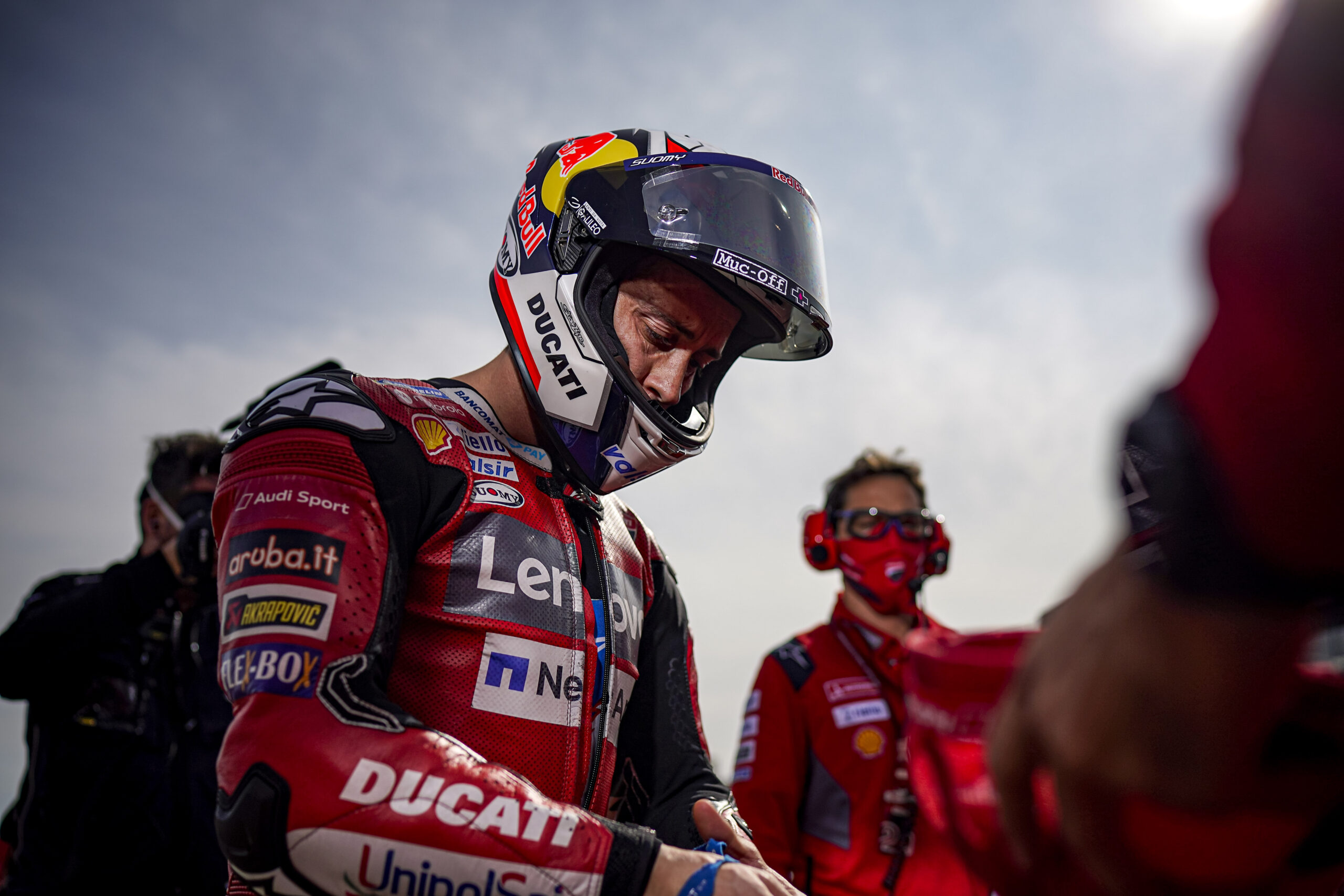 Second round in a row at the MotorLand Circuit, in Spain. A weekend that did not give many smiles to the #SuomyRiders.

To tell the truth, an amazing emotion arrives from our Enea Bastianini, who is able to gain his second consecutive podium in Moto2, the seventh in this stunning season that is testifying his talent.
Starting from the second row on the grid with the 6th best time recorded in qualifying, after a few laps Enea firmly conquers the third position, keeping it with a good pace until the end of the race.
An important result even with a bitter-sweet taste: if Enea started off as leader of the standing, now he is second with 171 points, 7 behind the new leader. But with three GPs still to race, two in Valencia and one in Portimao, the objective remains the title.

“I’m quite happy. It was a tough race because Lowes was very fast all weekend and kept a steady pace in race. Di Giannantonio was fast too: I pushed, but today it was not possible to do better than third place. It’s a good result for the championship, even if I lost the leadership: there are still three races left and we will give our best to conquer the title”.

Bulega finishes his race in seventeenth position. Manzi does not manage it to the finish line due to a crash on the last lap, while he was running in the top-15.

NICOLO’ BULEGA
“We struggled during the race once again. We improved the bike compared to the previous weekend but the others did it, too… We have some issues that we need to analyse and solve. If this wasn’t enough, I lost a lot of time for the crash that happened in front of me. Let’s say luck is not on my side.”

STEFANO MANZI
“Today has been an unpredictable race, again. After the start I was a little far from the top, but then I came back and fought inside the point throughout the race. However, I swiped at the end due to a contact. That’s not the result I wanted, neither the one I deserved. Now we turn the page and get back to work in order to prepare the last appointments. The goal is to do better in Spain, two weeks from today”.

In MotoGP Andrea Dovizioso, starting seventeenth, is able to manage to catch up a few positions joining the fight for the top ten in the second half of the race. However, in the final stages of the competition Dovi, in the attempt to defend his position, ends up going wide dropping back into twelfth place. As he is struggling with the rear tyre, Andrea can’t defend himself, being overtaken during the last lap, ending the race thirteenth.
After the Grand Prix of Teruel, the #Undaunted is fifth in the general standings with 28 points off from the leader.

“We knew it was going to be a tough race and unfortunately, my feelings with the bike weren’t good. We didn’t have the speed to recover, and at the end, the soft tyre had a major drop, which prevented me from riding as I would have wanted. I struggled a lot and, especially in the last laps, I was also struggling with the arm pump. Now we have to try to move on and start focusing already on the next three races that we have left.”

Another difficult Sunday for Francesco Bagnaia who, due to a technical problem, is forced to return to the pits after only four laps.

FRANCESCO BAGNAIA
“Today in race two I felt an engine power drop and I was forced to stop at the pit on lap four. Analyzing the data we saw that there was a technical problem, regardless of this I have nothing more to say after two very difficult weekends. I hope to get to Valencia and find my way back”.

Despite the good feelings, the race of Romano Fenati in Moto3 is marked by an issue with the front tire that gets worse during the race, confining him to nineteenth place.

ROMANO FENATI
“Unfortunately yet from the beginning I had some issues with the front wheel. This prevented me from braking and to the corners as I wanted. The problem got worse up until half race and then it stabilized. It has been rather difficult to keep the pace thus we slipped far behind. Now we have to understand exactly which was the problem. We hope to do better in the next race in Valencia.”

The #SuomyCrew will be back in action in two weeks, from 6th to 8th November for the Grand Prix of Europe, the first of two consecutive events that will take place this year at the Circuito Ricardo Tormo of Cheste, on the outskirts of Valencia (Spain).

Click the button below to find out all the images of the #SuomyCrew during the weekend at Aragon circuit.